A recent news article published in the Safety Compass states that personal locator beacons improve the chance of rescue at sea.

New Year’s Eve is a time of celebration and remembrance. Three years ago, on December 31, 2019, as the new year was being rung in across the lower 48 states, a tragedy was playing out in icy Alaskan waters. The fishing vessel Scandies Rose, with seven crew members aboard, encountered severe icing conditions and high winds and waves as it transited from Kodiak to fishing grounds in the Bering Sea. The crabber tried to make it to Sutwik Island to shelter from the storm; however, because of the weight of the topside ice that had accumulated on the vessel and the force of the winds and waves, the Scandies Rose capsized and sank before reaching safety.

Two crewmembers managed to climb out of the capsized ship and swim to a life raft, where they were tossed about for 4 hours in 50‑mph freezing winds and 30-foot seas. Search-and-rescue (SAR) operations, hampered by the poor weather conditions and unsure of the survivors’ location, struggled to find them. Eventually, a Coast Guard helicopter rescued the two crewmembers, but the remaining five were never found.

Our investigation into this accident found that the Scandies Rose’s emergency position indicating radio beacon (EPIRB) failed to provide a position after crewmembers were forced to abandon the vessel. The crew was left without a means of communicating with SAR personnel, who, going off the EPIRB information, were searching in the wrong area. As a result of this situation, we reiterated a 2017 recommendation (M‑17-45) to require mariners to have personal locator beacons (PLBs). This recommendation asks the Coast Guard to require that all personnel employed on vessels in coastal, Great Lakes, and ocean service be provided with a PLB. Unfortunately, this recommendation is still open.

A PLB is a personal electronic device that transmits a survivor’s location on or in the water to the Search and Rescue Satellite-Aided Tracking system during an emergency. It’s designed to be carried in a person’s life vest (or elsewhere on their body) and manually activated when the wearer is in distress. PLBs continuously update a survivor’s location.

One of the notable marine casualties

The Scandies Rose is one of several notable marine casualties the NSTB has investigated in the last 5 years involving mariners lost at sea in which PLBs could have made a difference. These casualties highlight the critical safety need for PLBs to aid in SAR operations at sea. We’ve been recommending that all mariners use PLBs since our investigation of the October 2015 sinking of the cargo ship El Faro, which sank in the Atlantic Ocean about 40 nautical miles northeast of Acklins and Crooked Island, Bahamas, after sailing directly into the path of Hurricane Joaquin. The entire crew of 33 aboard perished.

Three days after the El Faro’s sinking, searchers spotted the remains of one El Faro crewmember in an immersion suit. It’s unclear when the crewmember perished or if any other crewmembers were able to abandon ship; however, had that crewmember, or any others who were able to evacuate, been equipped with a PLB, searchers would have had the essential information to focus rescue efforts. We concluded then that equipping all people onboard a vessel with a PLB would enhance their chances of survival, and, in 2017, we issued safety recommendation M-17-45.

The sinking of the El Faro and the Scandies Rose

Since the sinking of the El Faro and the Scandies Rose, we have investigated two other marine tragedies that continue to highlight the need for PLBs.

Other marine investigations we’ve conducted have shown how PLBs and SENDs, when voluntarily incorporated into marine operations, likely saved lives. For example, our investigation of the November 10, 2021, fire aboard the fishing vessel Blue Dragon found that SAR controllers were able to correlate location data from multiple emergency beacons. Similarly, our investigation of the July 23, 2016, sinking of the commercial fishing vessel Ambition found that use of the vessel’s SEND prompted an immediate response from the commercial response center when the Coast Guard did not receive the captain’s mayday call.

PLBs are now widely available, relatively inexpensive, and remarkably accurate. Models typically cost $300–$400, and most offer GPS location functionality that can provide SAR operations with a continuously updated location of each person to within 300 feet. PLBs can be equipped with an integrated automatic identification system (AIS) “Man Overboard” alert that, in addition to satellite GPS location, transmits AIS signals for local assistance from nearby vessels.

The NTSB has been advocating for PLBs for many years now. The Coast Guard should require them, but the marine industry doesn’t have to—and shouldn’t—wait for a Coast Guard requirement to make PLBs a common piece of safety equipment on commercial vessels.

This New Year, as we reflect on the third anniversary of the tragic Scandies Rose sinking, we ask mariners and marine operations to make it their new year’s resolution to invest in their crews’ safety by providing PLBs. Without a doubt, a PLB can avoid turning an unfortunate accident or incident into a tragedy on the seas.

Tankers For The Pacific War: A Capability Crisis 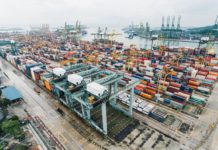