According to an article published in The Maritime-Executive, a marine pilot with the Sandy Hook Pilots Association lost his life while making a transfer from his pilot boat to an inbound merchant ship.

On Monday at about 04:30 hours, Sandy Hook pilot Captain Dennis R. Sherwood was involved in an incident while boarding the container ship Maersk Kensington, which was inbound to the Port of New York & New Jersey. He was injured after falling from an accommodation ladder and was evacuated to a medical facility on Staten Island. He succumbed to his injuries at the hospital.

According to the pilot’s association, Capt. Sherwood had been piloting vessels in and out of the Port of New York & New Jersey for over 35 years. He is survived by his wife Marianne Sherwood, daughter Kelly Sherwood, son Dennis Sherwood, son William Sherwood and daughter Alexis Sherwood.

The climb from a moving pilot boat up the side of a moving ship involves risk, and tragic pilot ladder accidents are not uncommon. In an attempt to address pilot transfer safety issues, SOLAS V Regulation 23 provides specific measures for pilot ladder arrangements and equipment.

Pilot ladders are the most effective way for most marine pilots to embark and disembark at sea, provided the regulations are complied with and risks are properly assessed. Unfortunately there continue to be tragic accidents with loss of life.

Over the last century the IMO SOLAS Convention has been continually expanded to cover all aspects of ship safety, including requirements for pilot transfer arrangements. The standard it sets out is the minimum required to maintain a safe working environment for pilots during transfer operations, avoiding unnecessary risks to life and limb.

Under Resolution A 1045 (27), the first recommendation is that ‘ship designers are encouraged to consider all aspects of pilot transfer arrangements at an early stage in design’.

Here are the requirements of SOLAS V Regulation 23, along with some common examples of non-compliance.

Safe and convenient access to and egress from, the ship shall be provided by either: 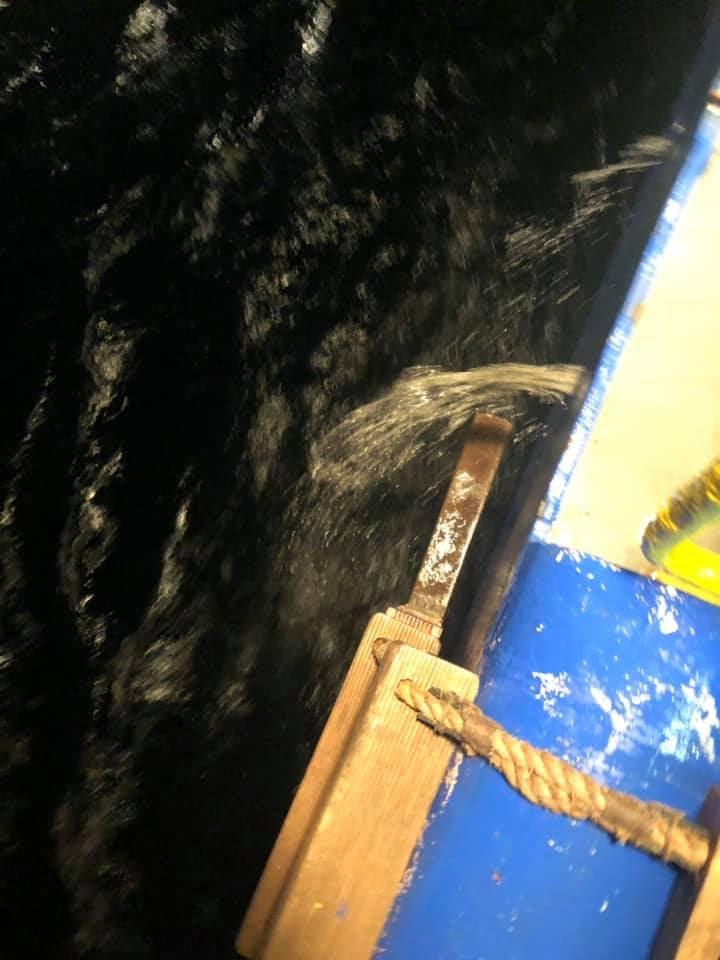 Figure 1 clearly shows an overboard discharge which would go directly onto the pilot launch. 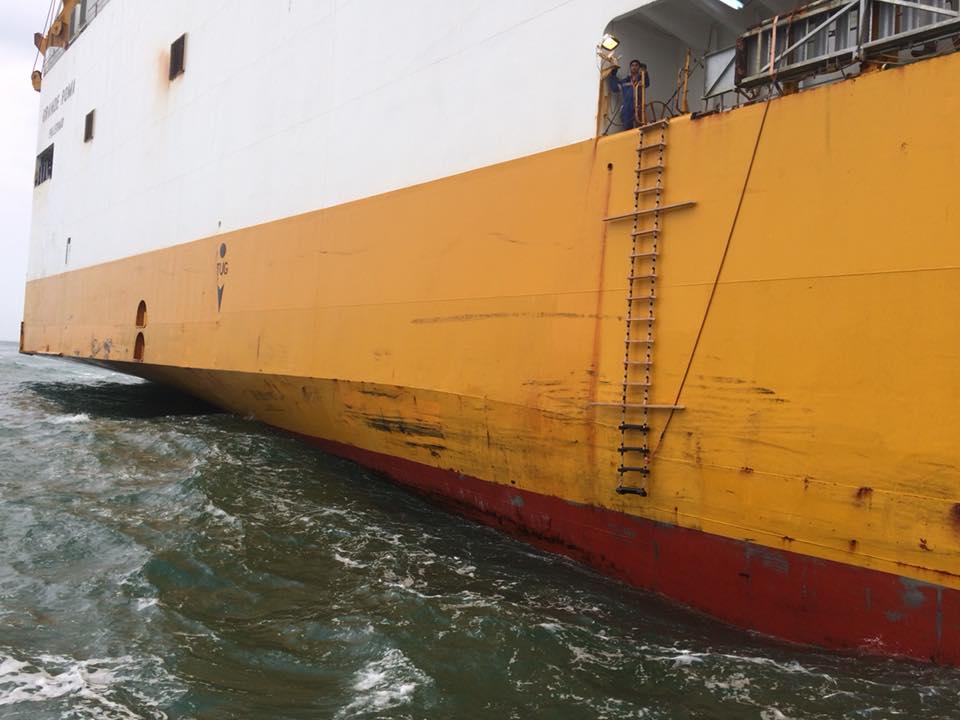 The arrangement shown in figure 2 is very dangerous for the pilot launch. When pilot ladders are rigged so far aft it can lead to the launch being sucked under the cutaway quarter. Note also the overboard scupper just aft of the pilot ladder. 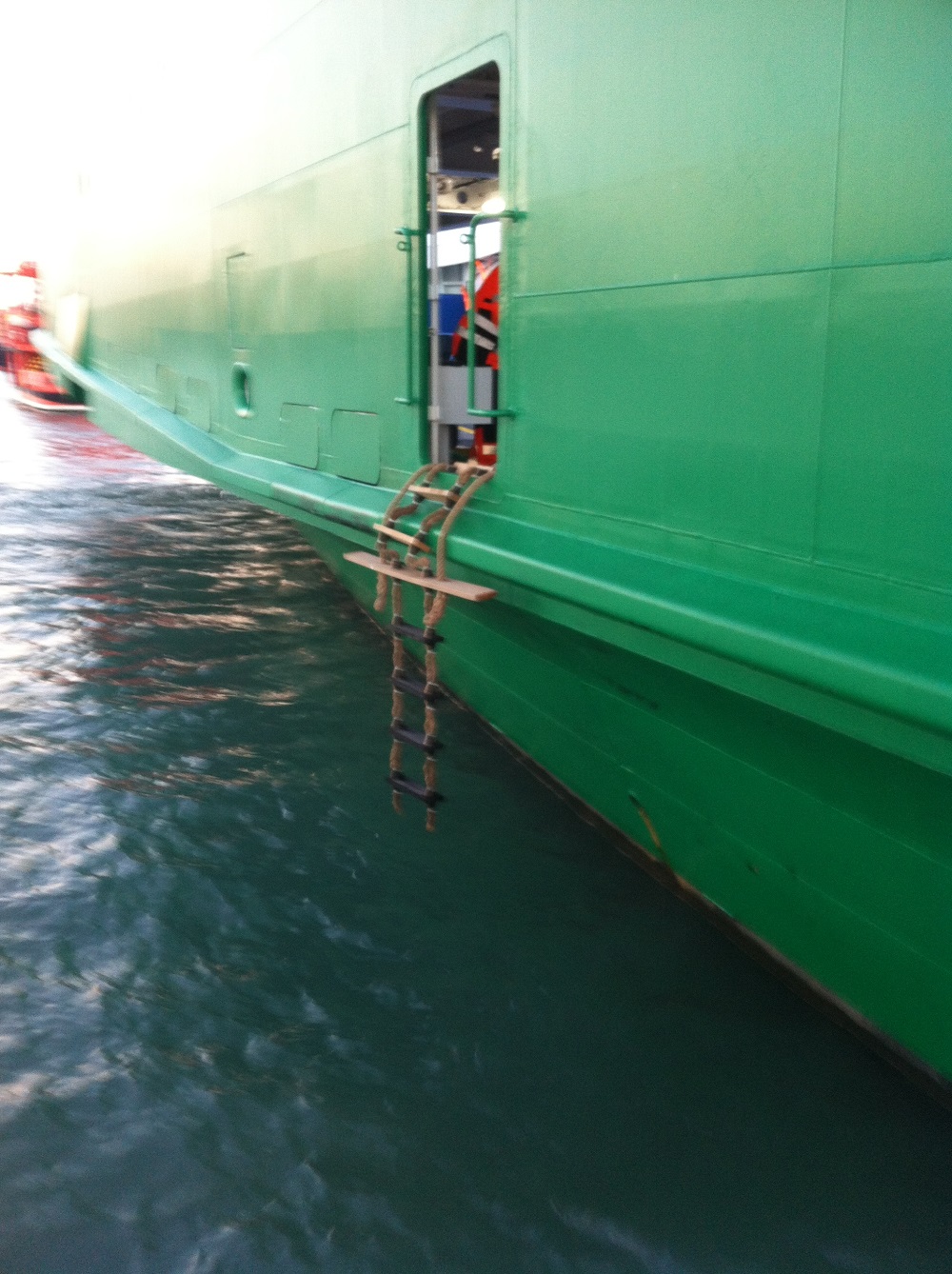 Figure 3. The steps of this pilot ladder cannot rest against the ship’s side.

This is something which is relatively easy to achieve with either lashing points constructed into the hull of the vessel or by using securing magnets. What is sometimes not so easy to achieve is an accurate assessment of the freeboard height. This can have very serious consequences.

In September 1974, a UK pilot tragically lost his life when falling from the pilot ladder of a storm damaged passenger ferry he was endeavoring to take into shelter. On trying to get an acknowledgement of liability from the vessels owners, the pilot’s widow lost her case and a subsequent appeal because the pilot was adjudged to have been partially responsible for the accident because he attempted to board a vessel with a freeboard of greater than nine meters without using a combination arrangement.

His colleagues were not surprisingly very concerned by this and came up with an ingenious (and very cheap) method of easily identifying freeboards of more than nine meters. The pilot-inspired solution was paint a white over red pilot flag on the ship side with the boundary between the colors marking nine meters of freeboard. If any of the red paint is visible, the freeboard exceeds nine meters and a combination ladder must be rigged for the pilot transfer operation. Although universally accepted at the time to be an inspired initiative, the mark has not been widely incorporated into ship designs. 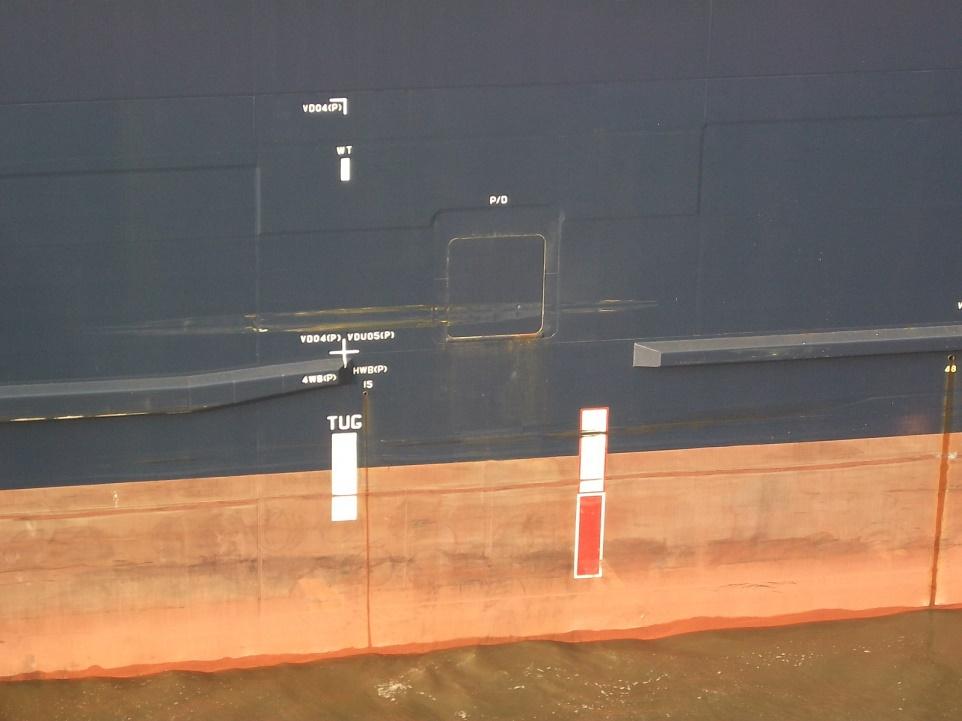 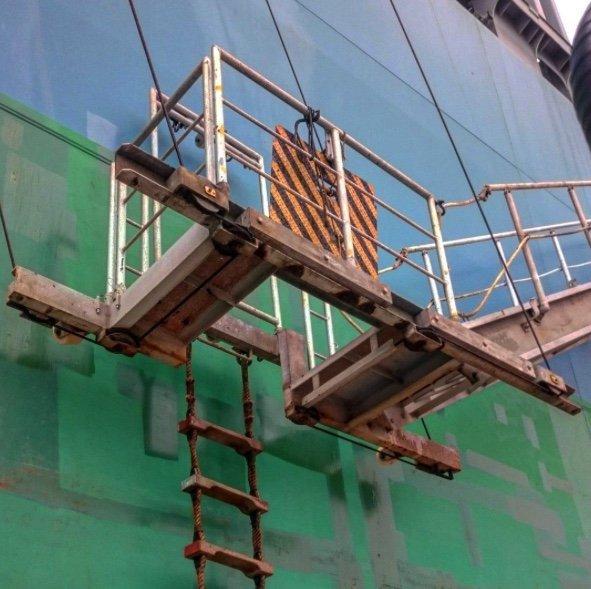 An overwhelming majority of pilots have serious concerns about the use of such platforms due to the myriad of potential non-compliance encountered with such arrangements. For the arrangement in figure 5 these include:

Most marine pilots work with a positive ‘can do’ attitude, which is one reason why so many vessels continue to operate with non-compliant pilot transfer arrangements.  It cannot be over-stressed that the examples given in the article are not single one-off instances; they are continually encountered around the world. CHIRP Maritime have in the first 4 months of this year received over 30 reports of this type.

To put it bluntly, ship designers, ship builders, flag state administrators and classification societies need to take a hard look and make sure that the pilot transfer arrangements for all vessels comply in all respects with SOLAS V Regulation 23 and IMO Resolution A 1045 (27).