For the success of ambitious future space explorations, it is crucial to understand how plants can be grown in stressful conditions of long spaceflights or on planets like Mars.

Towards this, ISS acts as a test-bed to explore various possibilities to establish future human settlements. Scientists investigating the presence of microbes on ISS have discovered four strains of bacteria, thriving in different places of the station. Of these, three of them are completely unknown to science.

Discovery of Bacteria To Bring Hope

The presence of the new microbes may help to grow plants at the space station, which is devoid of all the required natural settings. These plant-related microbes were found in the space station as the astronauts have already been growing plants aboard.

To detect the presence of microbes, scientists have been continuously monitoring at least 8 spots of the floating space station for the last six years through various experiments.

The researchers first isolated the three strains back in 2015 and 2016. The origins were traced to various locations like the overhead panel, cupola, surface of the dining table, and one from an older filter brought back to Earth in 2011.

Information Regarding the Bacteria

As per the study, one strain—derived from the HEPA-filter—belongs to known species called Methylorubrum rhodesianum, while the rest of the unknown strains have been named IF7SW-B2T, IIF1SW-B5, and IIF4SW-B5. The genetic analysis revealed that these belong closely to a known bacteria Methylobacterium indicum.

The lead author of the study, geneticist Swati Bijlani from the University of Southern California has proposed the novel species as Methylobacterium ajmalii, after renowned Indian scientist Ajmal Khan.

The study states that all of these strains belong to a family of bacteria, which mostly live in soil and freshwater. Therefore, these strains are crucial for nitrogen fixation, plant growth, and prohibiting the invasion of plant pathogens.

The team analysed the entire genome sequence to understand which genes may evidently facilitate plant growth. Through this, they concluded that the IF7SW-B2T strain is the potential candidate for plant growth as it contains a gene that is essential for cytokinin, a class that is responsible for cell division in roots and shoots.

“The newly detected strain on ISS can act as fuel to grow plants at the station. To grow plants in extreme places where resources are minimal, isolation of novel microbes that help to promote plant growth under stressful conditions is essential”, said Dr Kasthuri Venkateswaran and Dr Nitin Kumar Singh of NASA’s Jet Propulsion Laboratory.

Dr Venkateswaran and Dr Singh added: “Instead of bringing samples back to Earth for analyses, we need an integrated microbial monitoring system that collects, process, and analyze samples in space using molecular technologies. This miniaturized ‘omics in space’ technology – a biosensor development – will help NASA and other space-faring nations achieve safe and sustainable space exploration for long periods of time”,  If all experiments work out as planned, we may have a method that can be a potential game-changer for space farming. 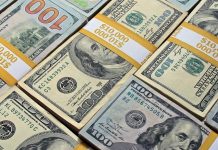 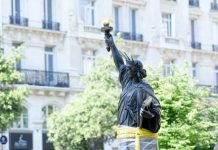 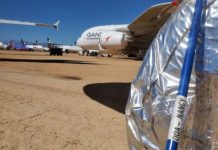