The growing momentum behind methanol-powered vessels across the shipping industry in recent weeks highlights methanol’s key advantage as a globally available cleaner marine fuel: its proven net-zero pathway allows shipowners to invest in vessels that are already futureproofed. As well as immediate GHG emissions reductions, CO2 emissions can be steadily reduced by blending increasing quantities of low-carbon and renewable methanol in the coming years, without any changes to engines or wider infrastructure.

Stena Pro Marine entering normal operation is another statement of intent to the market that it is not only possible, but more importantly, it is operationally effective to use methanol as a marine fuel today, with methanol already available at over 120 ports worldwide, including all major bunkering hubs.

Both 49,990 DWT IMOIIMeMAX dual-fuel mid-range (MR) tankers were built at Guangzhou Shipyard International Co Ltd (GSI) in China. Stena Pro Marine, like Stena Pro Patria, is expected to consume 12,500 tonnes of methanol per annum. The use of methanol onboard virtually eliminates local pollutants including SOx and Particulate Matter (PM), cuts NOx emissions by 60% and reduces CO2 emissions by up to 15% on a tank to wake basis versus conventional marine fuels.

“Vessels such as the Stena Pro Marine demonstrate to shipowners and policymakers that the industry can take proactive and immediate steps on the decarbonisation pathway.”

“Proman and other producers are ramping up investments in low-carbon methanol technologies and renewables projects to meet rapidly expanding customer demand. As regulators continue to propel much-needed maritime decarbonisation, including the EU’s ‘Fit for 55’ legislative package, these vessels underline the importance of a regulatory framework that relies on one certification methodology for alternative fuels and accurate emission measurements of all fuels – including reduced carbon-intensity fossil-origin products, which play an important early role in accelerating the switch to cleaner fuels and enabling the pathway to net-zero.”

Erik Hånell, President and CEO of Stena Bulk added: “We’re proud to be able to add Stena Pro Marine alongside Stena Pro Patria to our fleet with this delivery announcement. We truly believe that these vessels are not only a step forward for MR tanker design but are also a clear statement of intent to the market. They showcase our confidence in methanol as an important and viable solution for the future of sustainable shipping.”

Alongside pioneering the methanol tankers, Proman and Stena Bulk are also committed to supporting the development of frameworks for methanol uptake in shipping. The JV will continue to invest in methanol as a marine fuel and support legislation and regulations that drive methanol’s viability today while continuing to develop production and infrastructure for tomorrow.

About Stena Bulk: With offices in seven countries, Stena Bulk is one of the world’s leading tanker shipping companies. The company controls a combined fleet of around 110 vessels. Stena Bulk is part of the Stena Sphere, which has more than 20,000 employees and sales of SEK 60 billion. www.stenabulk.com

About Stena Sphere: Stena is one of the largest family-owned business groups in Sweden and operates worldwide within different businesses such as Ferry Operations, Offshore Drilling, Shipping, Property, Finance, New Businesses and Recycling. Head office is in Gothenburg, Sweden. www.stena.com

About Proman: Proman is an integrated industrial group and global leader in natural gas derived products and services. Headquartered in Switzerland, with assets in the United States, Trinidad and Oman, and ongoing expansion into Mexico, Canada and the United Arab Emirates (UAE), Proman is the world’s second largest methanol producer and has extensive experience in petrochemical plant operations, petrochemical and power plant construction, product marketing and logistics, and project management. www.proman.org 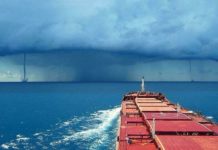 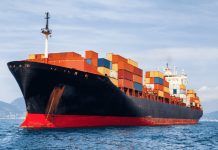 Deep-Sea Shipping Can Be Decarbonized In Various Ways 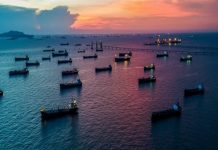 Shipping Is The Next Big Industry To Go Net-Zero