Queen Elizabeth II, whose reign took Britain from the age of steam to the era of the smartphone, and who oversaw the largely peaceful breakup of an empire that once spanned the globe, has died, reports BBC.

She was 96. She died peacefully at her estate in Balmoral, Scotland on the afternoon of Sept. 8, according to a statement from Buckingham Palace.

Ascending the throne in 1952, Elizabeth led the UK through a time of political upheaval. She began her reign as head of an empire, albeit one in decline. By the time of her death, the future of the UK itself was in doubt, with recurrent calls for independence in Scotland and Britain’s exit from the European Union leading to renewed tension in Northern Ireland.

Elizabeth became the UK’s longest-serving monarch in 2015, when she surpassed the record of Queen Victoria, who had ruled from 1837 to 1901. The partner whom Elizabeth described as her “strength and stay,” Prince Philip, her husband of 73 years, died in April 2021, at 99.

Her eldest son, Charles, succeeds her on the throne as King Charles III.

“We mourn profoundly the passing of a cherished sovereign and a much-loved mother,” he said in a statement. “I know her loss will be deeply felt throughout the country.”

Elizabeth reached the end of her reign with her popularity thoroughly rehabilitated after a period of criticism in the 1990s, which culminated in media-fueled outrage at the family’s muted response to Princess Diana’s death in 1997.

When she celebrated 60 years on the throne in 2012, the same year London hosted the Olympic Games, hundreds of thousands of people thronged the streets of London for four days of Diamond Jubilee events.

Her Platinum Jubilee, marking 70 years on the throne, took place in 2022. The celebration of her reign was marked with an appearance on the balcony of Buckingham Palace by a slimmed-down group comprising direct heirs to the throne and their immediate family.

In another symbolic moment of the continuity of monarchy, her heir, Prince Charles, and his first son, Prince William, both paid public tributes to the queen in front of a crowd of tens of thousands who flooded the area around the palace for a live concert. 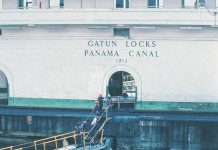 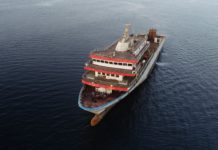