Harry Potter asks his godfather’s spirit, “Does it hurt?” after his death, during their spiritual encounter. The answer Sirius Black gave was, “Dying? Not at all. Quicker and easier than falling asleep.” This answer may be familiar to enclosed space victims.

The air we breathe consists of several major components; oxygen, critical for human life makes up about 20.9% of that air. The majority of the air is made up of nitrogen – close to 78%! The remaining 1% largely consists of argon (~0.93%) and carbon dioxide (~0.04%). It doesn’t seem that much could go wrong with the atmosphere, but taking away critical components or adding toxic substances can kill us in an instant.

Recently, a surveyor from Gard P&I Club was portrayed in both a short movie and a written description of his enclosed space near miss. Hired to survey a deck barge, the surveyor arrived on board to find the void spaces opened, as he entered along with the superintendent. As he started taking pictures at the bottom of the space, the surveyor soon felt tired and decided to sit down briefly. Just how close he was to becoming a statistic soon became clear.

The Gard surveyor’s recollection of the incident was of a relatively short time span, but the reality was that an ongoing rescue effort of close to a half hour had passed. The superintendent’s quick recognition of the situation and thinking outside the box prevented the surveyor from becoming that statistic. He summoned a cylinder of oxygen which was released into the void space, to save the surveyor.

But isn’t this extreme? Wouldn’t it take something extraordinary for the atmosphere on our ship to change so radically? Sadly, the answer is “No.” It doesn’t take much at all to change the atmosphere. For a void space that hasn’t been opened in the past three years, all it takes is time and moisture for the steel to oxidize (rust), draining oxygen levels to an unsafe level. For a cargo hold loaded with wood on the Isle of Man-flagged Sally Ann C in 2015-it was a mere three days without ventilation that depleted the oxygen level from 20.9% to 4.5%.

Unconsciousness and death were near-instantaneous for the chief mate and chief engineer on the Sally Ann C. The second mate was the “lucky” one to have survived. He suffered lifelong injuries due to the prolonged exposure to an oxygen-deficient atmosphere. Easier than falling asleep…

The portable atmosphere testing instruments, required under SOLAS regulation XI-1/7, are recommended to be capable of measuring and displaying four gas concentrations. These are oxygen, flammable gases or vapors (% of LFL), carbon monoxide and hydrogen sulfide. These four gases or vapors constitute the prevalent hazards onboard most vessels. It is important to understand that these portable atmosphere testing instruments are intended to be used by a competent person.

So, oxygen deficient or enriched atmospheres are dangerous, but what of the other gases or vapors that are detected by this multi-gas detector? Detecting flammable gases or vapors seems self-explanatory if one were on a tanker, but what about a bulker, container ship or ro-ro? A bulker under fumigation might have explosive and toxic phosphine gas present after undergoing the fumigation treatment to rid the cargo of or prevent pests. A ro-ro carries any type of cargo that can roll-on or roll-off. Finally, what about containers? One can never know what is actually in them. The only time you have a good idea is when it’s a refrigerated container or hazardous material.

The required four-gas meters will detect the most likely atmospheric hazards onboard. Unfortunately, the more exotic or lower concentration gases may require the use of gas detection tubes specifically designed for them. Your vessel’s safety management system should designate these and will likely also designate when they are required.

However, the primary question which must be answered before any such measures can be taken is – what exactly is an enclosed or confined space? According to the IMO, an enclosed space means a space which has any of the following characteristics:

On many vessels, when one speaks of enclosed spaces, most crew members envision tanks and voids. Unfortunately, they do not consider cargo spaces, fo’c’sle storerooms or bow thruster spaces to be potentially hazardous. That IS most unfortunate, as it’s the blind eye that’s turned to this hazard that often results in fatalities and injuries. For example, cargo holds of container vessels are an oft-overlooked hazard. As they contain a variety of cargo ranging from hazardous materials to refer containers to unknown sources, the potential for containerized cargo to affect the atmosphere is always a possibility.

The next question which arises is about the person responsible for training the vessel’s crew – especially when it comes to choosing the “competent person”. Is it the captain, the company or the crewing agency? The answer, realistically, is all of them. But is anyone ensuring that that training is actually being undertaken? Or that the crew is able to retain the training?

Recently, Marshall Island had confined space entry incidents on a tanker and a bulk carrier. These incidents, which occurred within approximately 24 hours of each other, resulted in the deaths of three (3) seafarers and two (2) seafarers lost consciousness. A safety advisory pertaining to them was released and can be accessed below. In short, it advised vessel managers to review with their vessels:

The risk of enclosed or confined space entry is always present on vessels of all sizes. Recognition of the risks and hazards is critical. As mariners, where are you or your crew getting their information and training? If you are a vessel manager or shipping executive, have you ensured your crews are trained and competent? 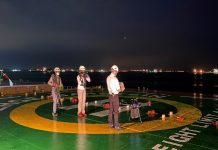 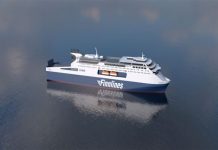 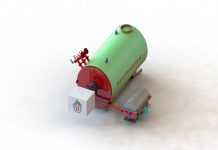