The IMO’s imminent carbon efficiency regulations could generate a wave of ships heading for recycling yards in the months ahead, some analysts have suggested, says an article published on Seatrade-maritime.

But others question whether there would be sufficient capacity to handle an influx of vessels if the flood gates open.

Although the IMO’s carbon intensity indicator (CII) is due to enter force, together with the EEXI, in little more than two weeks’ time, there are serious reservations about its make-up and its impact on a range of ship types. Feeder container ships, parcel tankers, LNG carriers are amongst the vessels for which, experts claim, the CII is really not fit for purpose.

Most markets remain broadly firm, however, and even weak sectors, including tankers and offshore vessels, have bounced back in recent weeks.

So the jury remains out on whether a wave of older vessels is likely to heading for recycling yards in 2023, or whether owners will attempt to wring the last dollar before CII regulations require some serious investment in fuel-saving measures further down the line.

When owners decide the sell assets for recycling, they will find their options seriously limited, particularly if they operate from Europe or a country within the OECD. In terms of global recycling capacity, more than two thirds is located within the so-called Indian subcontinent – India, Bangladesh and Pakistan.

But financial constraints imposed by central banks are limiting the scope for recycling yards in Bangladesh and Pakistan to buy tonnage and India remains at centre stage for the moment.

The only other recycling nation, Turkey, is another option and at least has a number of yards approved under the EU Ship Recycling Regulation (EUSRR), a requirement for owners based in Europe.

However, rates paid by Turkish recyclers are far lower than their subcontinent competitors. This is partly because no recycling yard on the Indian subcontinent is reckoned to have upgraded sufficiently to warrant approval under the EUSRR, even though a number of facilities in India, for example, have been validated by major classification societies as compliant with the IMO’s Hong Kong Convention.

However, European owners have not only the EUSRR to think about; they must also bear the Basel Convention in mind.

This regulation prevents the export of ‘waste’ from OECD nations to countries outside of  the OECD, effectively taking all recycling facilities on the Indian subcontinent out of the equation.

In an attempt to remove this potential block for European owners, amongst others, earlier this year, the European Community Shipowner Association suggested that one way around the export of waste issue could be for ships heading for recycling yards only to be classed as waste whilst at sea on voyages outside of the EU.

This pragmatic suggestion is not thought to have made progress so far.

Meanwhile, prices paid for end-of-life ships have eased back from $700-plus per light displacement long ton (ldt) on some deals earlier this year to levels in the low $500s, according to latest estimates from GMS, the world’s largest cash buyer of ships for recycling.

The firm reckons that India has led the market in recent days, with typical prices paid for container ships around $540/ldt, tankers $530, and bulkers $520. Although virtually no deals have been done in Pakistan or Bangladesh, GMS believes that prevailing prices in these locations are typically ten dollars and twenty dollars down respectively across all three ship types. 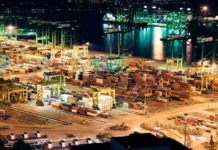 Two Turkish Yards Axed By EU From The Shipbreaking List 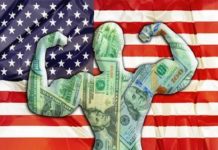