Environmental groups were annoyed when shipping was omitted from 2015’s Paris Agreement, under which participating countries pledged to limit the global average rise in temperature to ‘well below’ 2°C from 2020. But the increase in pressure finally paid off in April, when the International Maritime Organization (IMO) revealed its initial strategy for cutting the industry’s carbon output.

Maritime transport is currently responsible for 2.5% of global emissions, but (if nothing changes) an increase in global trade means this is set to grow by up to 250% by 2050.

IMO member states pledged to reduce greenhouse gas emissions from shipping by at least 50% by the middle of the century, compared to 2008 levels.

Based on figures from the same year, the strategy also proposes an objective to reduce average carbon intensity from shipping – the amount of CO2 emitted for each unit of transport – by at least 40% by 2030, and 70% by 2050.

Many commentators have said that while the strategy represents a good start, the wording of ‘at least 50%’ will be important, as this target will ultimately need to be scaled up for the industry to align itself fully with Paris Agreement goals. Environmental organisations have claimed that the reduction target for this alignment should be between 70%-100% – similar to what has already been called for by the European Union and Pacific states. While the aviation industry is still searching for ways to make air travel greener, Abbasov says this is not the case in the shipping industry.

A report published by the International Transport Forum (ITF) ahead of the IMO strategy announcement found that the industry could achieve up to 95% decarbonisation as early as 2035 through the ‘maximum deployment of currently known technologies.’

IMO’s initial strategy contains a list of candidate measures that countries and ship-owners could be bound by in the future. These extend from short-term measures, including the revision of its Energy Efficiency Design Index (EEDI), to medium and long-term measures, which include the development and provision of zero-carbon fuels.

However, it still needs to prioritise and decide on which measures to follow up on ahead of the next meeting of the organisation’s Marine Environment Protection Committee, slated for October this year.

The ITF has put forward a number of potential upgrades for ships, such as fitting ship bows with bulbous extensions below the water line to reduce drag, or painting hulls with low-friction coatings. However, implementing greener fuel sources is ultimately set to have the most impact.

The ITF claims that vessels sporting more slender hull designs are shown to have lower fuel consumption, which could lead to 10-15% savings at lower speeds and up to 25% at higher speeds. Nevertheless, with the considerable age of today’s shipping fleet at 25 years and rules for energy efficiency currently set to change in 2030, this will still be a way off.

Under a new IMO regulation due to commence in 2020, fuel oil used on board ships must emit sulphur levels no higher than 0.50% m/m (mass by mass). Ship-owners are already looking to a variety of alternatives, such as low-sulphur fuels, liquefied natural gas, hydrogen, lithium-ion batteries, and renewable energy sources such as wind power.

Nevertheless, the availability of fuels is still a major cause for concern. In May, the ICS revealed that maritime trade could be “dangerously impeded” by the lack of availability of low-sulphur fuel in ports around the world after the regulation date.

Not profitable for ship owners

One concern is that a boom in LNG-powered ships currently being seen in Europe may reduce sulphur content in ships, but does not lead to a substantial enough reduction in CO2 for it to be a sustainable method in the future.

“Even if you switch the entire fleet to LNG the difference to business as usual [levels of CO2] would be a maximum of 15%,” Abbasov says. “If we have to switch around 60% of the global fleet to LNG, we’d need around $100 to $250bn worth of LNG infrastructure, which will become stranded assets in the next 10-15 years. That’s a risk for the governments, because for most of them LNG infrastructure will be subsidised with taxpayers’ money.”

Abbasov says the most effective operational measure available to shipping at this stage is to slow steam – the practice of operating ships at lower speeds. T&E analysis has shown that if shipping companies slow down half of their fleet by 30%, they would cut emissions by around 200 megatons of CO2 every year at a negligible cost. However, enforcing this speed reduction will again require additional thrust from the IMO.

Carbon taxation not nearby

Campaign group Transport and Environment has highlighted that carbon pricing – the umbrella term for taxes and levies based on emissions – could be a major incentive to ship-owners to clean up their act. The organisation claims that carbon pricing should be in the region of $500 per tonne of CO2 to make zero-emission fuels and technologies competitive.

But, Abbasov says it would take many years to develop a framework for carbon pricing that will be high enough to incentivise the industry.

A major issue that might ramp up in the future is the disproportionate impact the economies of developing companies may face, if they export heavy goods that perhaps boost up emissions.

In such cases, a short-term measure such as slow steaming can be easily adopted.

The IMO’s initial strategy has made marine industry clear that they are well overdue for IMO 2020. Nevertheless, many challenges lie ahead, and industry spectators will be keeping a close eye on whether it is on course to meet its commitments. 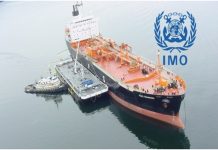 IMO Approves Amendments To The 1974 SOLAS 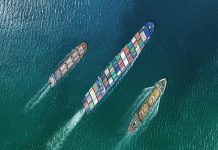 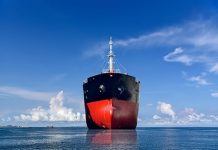