The company says that the modular design of its conventionally fueled, low-speed ME-C engine portfolio lends itself to extensive retrofit options in regard to alternative green fuels, and that such retrofits already have a proven track record.

Thomas Hansen, head of promotion and customer support, MAN Energy Solutions, said: “At MAN Energy Solutions, we design and service many of the global fleet’s low-speed engines, in effect contributing to worldwide CO2 emissions. As a result, we feel a great responsibility in pursuing decarbonization and thus we are pleased that many sources predict that more than half of all newbuildings will specify dual-fuel engines after 2025. Since ships have an average lifetime of around 25 years, the retrofit of vessels will be necessary in order for the industry to decarbonize.”

As the demand for engines and ships designated “future-fuel ready” increases, MAN Energy Solutions’ after-sales division, MAN PrimeServ can point to a proven, unique track-record with alternate fuel conversions and has already completed 16 of them, the first dating back to 2015.

According to the company, all of its conventionally-fueled ME-C low-speed engines ordered today can be converted to alternative fuels at a later time when the future-fuel landscape is more clear.

There are multiple options for the retrofit conversion of ME-C engines – including to -GI (LNG), -GIE (ethane), -LGIP (LPG) and -LGIM (methanol) variants. Meantime, MAN is steadily working towards being able to offer a retrofit option using ammonia as fuel, and is targeting meeting vessels’ five-year docking schedules after first quarter 2025.

“A massive number of vessels in the current, ocean-going fleet have the potential for conversion, and our broad and continuously expanding portfolio of dual-fuel engines offers extensive options when it comes to retrofitting, ” said Klaus Rasmussen, Head of Projects and PVU Sales, MAN PrimeServ. “The huge market potential within, for example, S/G50-, G95- and G80-bores for conversion to methanol running as ME-LGIM units is especially notable.”

MAN Energy Solutions’ engine designs currently power some 22,000 vessels globally, of which 3,500 are fully electronically controlled and with the potential for conversion to operate on alternative, green fuels. The company has further evaluated that approximately 2,300 or so of these vessels are appropriate candidates for retrofitting, resulting in savings as much as 86 million tons CO2 emissions annually when fueled by carbon-neutral fuels.

“Today, ship owners trust us when ordering our proven, dual-fuel technology,” said Hansen. “However, they also trust our conventionally fueled engines, safe in the knowledge that we can convert them to operation on whatever future fuel might be relevant in 5-10 years from now. A recent, prominent example of this is our successful retrofit work for the BW LPG fleet.”

This brought the number of such conversions announced by the company to 15 with all to be carried out by MAN PrimeServ.

In a comment on BW LPG’s choice of retrofits over newbuildings, Pontus Berg, Executive Vice President, Technical and Operations, LPG, has stated: “Retrofitting allows us to minimize our carbon footprint – the process emits up to 97% less carbon dioxide compared to a newbuilding construction. Retrofitting also means that we do not add additional tonnage that the world does not need. In addition, BW LPG’s fleet is already widely recognized amongst charterers for its efficiency, and so retrofitting its vessels to dual-fuel LPG will help to further reinforce the company’s strong reputation in this area.” 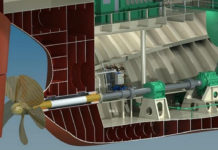 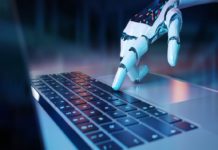