The EU’s purchases of rapeseed oil have risen sharply in the 2021-22 marketing year (July-June) from the previous season, a trend which is set to intensify in the near term, although uncertainty around rapeseed supply is expected to weigh on the bloc’s biofuel feedstock option at a time it is looking to boost its renewable energy targets.

Meanwhile, an EU plan to free itself from reliance on Russian energy and boost the share of energy from renewable sources to 45% by 2030 also makes a case for higher usage of biofuels.

The rise in the EU’s rapeseed oil imports underlies the importance of the commodity for both domestic consumption and blending usage as supply disruptions and soaring prices for other major vegetable oils continue to spell trouble for buyers.

Rapeseed is one of the most dominant oilseeds feedstock in EU for production of biodiesel. It mixes well even at lower temperature than biodiesel produced from other feedstocks, making it more suitable fuel for colder regions.

However, volatility is expected to continue on the supply front.

The US Foreign Agricultural Service said in its latest monthly oilseeds report that global rapeseed oil supplies would remain tight, with rising consumption for food and tight supplies of other vegetable oils.

Global consumption of rapeseed oil is projected to rise by 1 million mt in 2022-23, reaching a record 30.2 million mt, according to the FAS.

Food oil use of rapeseed oil would account for most of the global consumption growth, while industrial use, primarily in biofuels, is expected to grow slowly, the FAS said.

“As of May 25, there was a big price spread between [global] old crop and new crop of rapeseed ranging from $50-70/mt [FOB Rotterdam],” said Siddharth Jain, senior world oil analyst at Agri World.

Shortages of sunflower oil for food and reduced rapeseed crop in 2021 both in the EU and Canada led to a faster depletion of old rapeseed crop, according to Jain.

Canada is a leading producer of rapeseed crop.

Similarly, the industrial use of palm oil in the EU is set to dip, while usage of soybean oil would remain flat, according to the FAS report. Meanwhile, food use for domestic consumption is set to increase for both the commodities in the long term.

Other than the ongoing logistics hurdles in the Ukraine due to the war, rapeseed crop prospects look favorable for the EU market. Ukraine meets 23% of the EU’s rapeseed oil requirements.

As of May 27, some 95% of the area projected for spring rapeseeds has already been sown in Ukraine, according to Ukraine’s Ministry of Agrarian Policy and Food.

But trouble lies with Australia, which supplies around 48% of rapeseeds to the EU.

In Australia, rapeseed production in 2022-23 is expected to fall 26% on the year, to 4.7 million mt, as per the USDA’s Annual Australia oilseed report.

Supplies of other waste-based biofuel feedstocks to the EU, such as used cooking oil (UCO) and palm oil mill effluent (Pome), are expected to remain disrupted in the coming months, mostly due to top producer Indonesia enforcing an obligation for exporters to first meet domestic demand.

Small-scale UCO collectors, which make up around 90% of Indonesia’s market share, were finding it challenging to comply and fulfill the requirement necessary for UCO exports, sources said.

In the long term, many countries in the EU are working on phasing out the use of biofuels produced from food and feed crops to preserve supplies for human consumption amidst significant food security issues and soaring commodity prices.

Germany is planning to lower the use of crop-based biofuels to comply with the greenhouse gas emission quota capped at 4.4% this year.

A working paper released by Germany’s environment ministry proposed to further lower the quota to 2.5% in 2023 and eventually bring it down to zero in 2030.

Belgium has proposed a similar move, while countries such as Norway, Sweden and Finland were working on similar changes in blending mandate. 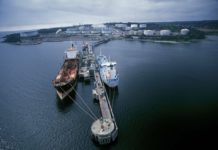