The Russian state-owned energy giant, Gazprom, said the restrictions on the Nord Stream 1 pipeline would last for the next three days.

Russia has already significantly reduced gas exports via the pipeline. It denies accusations it has used energy supplies as a weapon of war against Western countries.

The Nord Stream 1 pipeline stretches 1,200km (745 miles) under the Baltic Sea from the Russian coast near St Petersburg to north-eastern Germany. It opened in 2011, and can send a maximum of 170 million cubic metres of gas per day from Russia to Germany.

The pipeline was shut down for 10 days in July – again for repairs, according to Russia – and has recently been operating at just 20% capacity because of what Russia describes as faulty equipment.

The president of Germany’s network regulator has said the country will be able to cope – if Russia resumes delivery in the coming days.

“I assume that we will be able to cope with it,” Klaus Mueller told Reuters. “I trust that Russia will return to 20% on Saturday, but no one can really say.”

Attempt to drive up gas prices

European leaders fear Russia could extend the outage in an attempt to drive up gas prices, which have already risen sharply in the past year.

However, today’s announcement was not expected to impact prices immediately. The UK’s main natural gas price was in fact down by more than 15% on markets, as of 14:00 BST on Wednesday.

The steep rise threatens to create a cost of living crisis over the winter months, potentially forcing governments to spend billions to ease the burden.

On Tuesday, French Energy Transition Minister Agnes Pannier-Runacher accused Russia of “using gas as a weapon of war“. She was speaking after Gazprom said it would suspend gas deliveries to the French energy company Engie.

But Russian President Vladimir Putin’s spokesman has rejected the accusations – and insisted that Western sanctions have caused the interruptions by damaging Russian infrastructure.

He insisted that that “technological problems” caused by sanctions are the only thing preventing Russia from supplying gas via the pipeline, without specifying what the problems were.

The most recent controversy has been over a turbine which arrived in Germany after being repaired in Canada and which Russia refused to take back, arguing it was subject to the Western sanctions.

Germany, however, denies this.

No longer fit for purpose

Earlier this month, Economy Minister Robert Habeck said the pipeline was fully operational and said there were no technical issues as claimed by Russia.

Earlier this week, EU Commission President Ursula von der Leyen promised to intervene in energy markets, telling a conference in Slovenia that they are “no longer fit for purpose“.

“We need a new market model for electricity that really functions and brings us back into balance,” she said.

Before the conflict, Germany had supported, though not certified, the €10bn (£8.4bn) Nord Stream 2 pipeline – which runs parallel to its namesake – but halted operations after Russia sent troops into Ukraine in February.

Last week, the BBC revealed that Russia has been burning off an estimated $10m (£8.4m) worth of gas every day at a plant near the Finnish border. 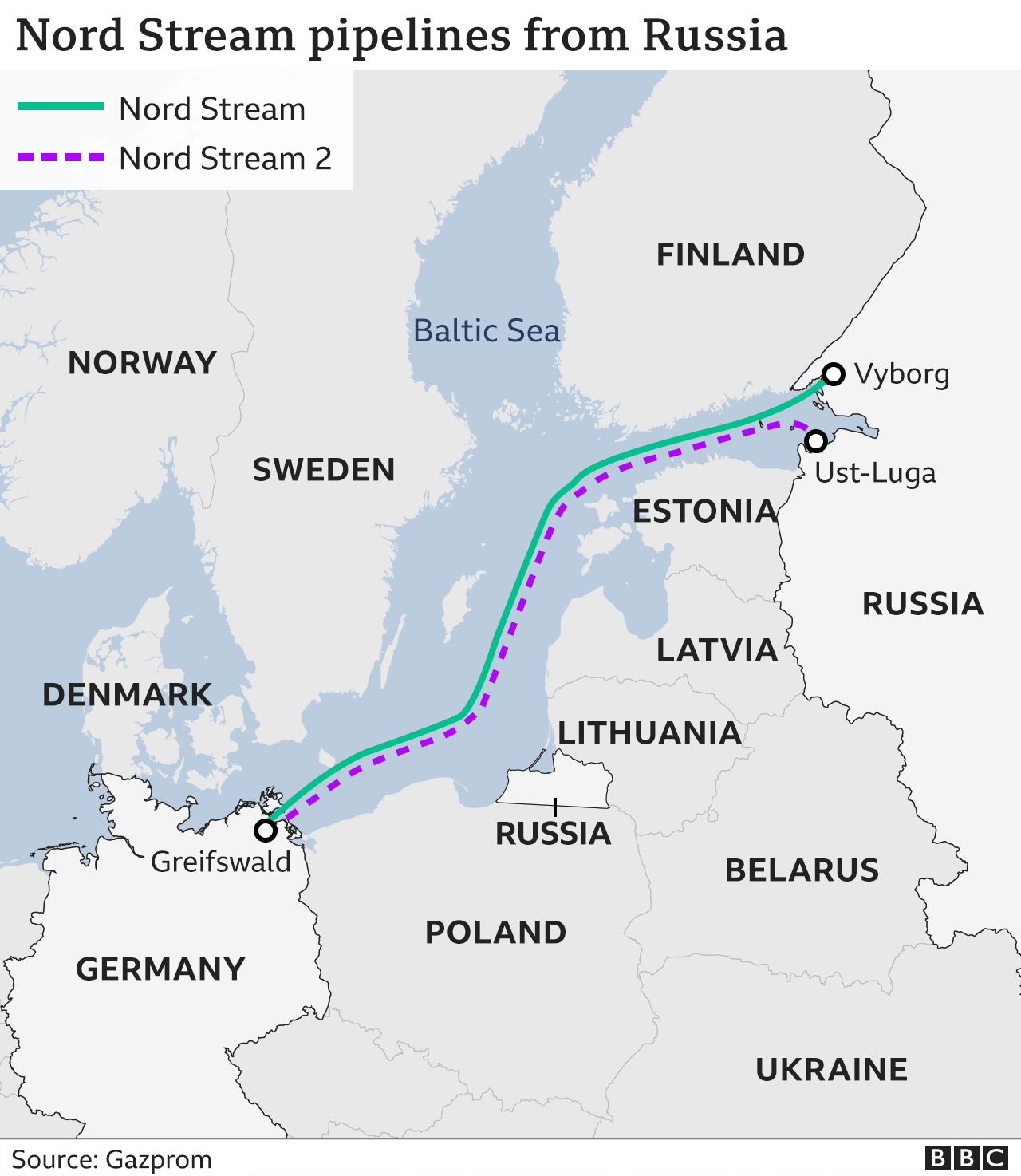