In order to collect data, the SEM-REV centre teamed up with the company RTSYS, specialized in acoustics and underwater robotics, which is also a partner in the SafeWAVE project.

During the offshore operation, conducted in June 2021, RTSYS deployed an autonomous underwater vehicle (AUV), the COMET-300. This device, equipped with a sonar side scan, made it possible to record data on the underwater conditions near WAVEGEM.

A second AUV, dubbed NEMOSENS and equipped with an experimental acoustic sensor, was also deployed during the measurement campaign.

The data collected will now be analysed and compared with those obtained on the other test sites as part of the project, to give an overview of the impact of the activities on soil integrity and the underwater acoustic environment.

SafeWAVE aims to overcome non-technological barriers that could hinder the future development of one of the main pillars of the EU Blue Growth strategy – ocean energy.

The project builds on the results of the WESE project, which will be completed in 2021, with a renewed aim of developing an ‘Environmental Research Demonstration Strategy’ based on the data that will be collected in wave energy sites from different European countries where wave energy devices are currently operating. 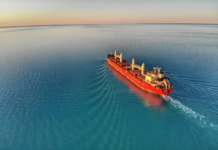 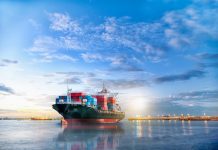