The first week of September 2016 got under way with the oil price making significant gains. However, these gains are only enough to drive the price back towards US$50.  This is hardly the sort of change that is going to make owners of offshore support vessels sleep any easier.

Brent increased by more than 5 percent, to US$49 per barrel, largely as a result of rumours that Saudi Arabia and Russia have agreed to co-operate on the fringes of the G20 meeting. However, this rumor remains to be confirmed.

As Commerzbank Research noted recently, there is increasing pressure on oil producers to agree at least on production caps, as production is constantly being further expanded at the moment.

Commerabank, about the recent price spike, said that they see no fundamental justification for higher oil prices.  At the same time, the onshore rig count is beginning to creep up and shale oil producers are learning how to get greater ‘bang for their buck’ out of drilling and completion operations, leading to significantly increased oil production per well.

It is against the above backdrop that OSV owners and owners and operators of other vessel types are attempting to restructure.  Some have done so but others are still going through that process, knowing that, whatever happens to the oil prices, the market is still massively over-supplied.  The latest company to be able to breathe a sigh of relief and confirm that it has reached a restructuring deal is Prosafe, the well known owner and operator of offshore accommodation units, which says that all of the lenders in its bank facilities have confirmed their approval in favour of the refinancing the company.

In the meantime, an analysis of the value of offshore vessel fleets in different parts of the world suggests values have plummeted since the crisis in the industry precipitated by the steep fall in the oil price.  VesselsValue has undertaken a unique survey of the market value of OSV fleets in five major offshore regions by comparing automatic identification system (AIS) data and VesselsValue OSV market values.  The AIS data allows analysis of the number of vessels in the different regions over time.  The survey revealed that in five major offshore regions – the North Sea, Gulf of Mexico, Persian Gulf, Gulf of Guinea and the South China Sea – the OSV fleet suffered a combined 59.5 per cent fall in value between June 2014 and July 2016. 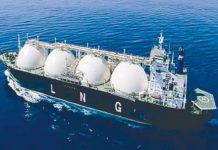