For many VLCCs, this would be enough to cover daily operating costs.

In its latest weekly report, the firm said that about 42% of the VLCC fleet has now been fitted with exhaust gas cleaning technology and the scrubber premium has increased this year in line with higher bunker prices and the widening gap between heavy fuel oil (HFO) and LSFO.

Latest Singapore VLSFO prices, up more than 37% so far this year, are around $875 per tonne while HFO is currently about $687.

VLCC earnings continue to disappoint, with spot rates in the red for most of the year so far, Gibson said.

This is surprising in view of higher Middle East export volumes over the first quarter. Shipments from the region, excluding Iran, were 2.3m b/d higher than exports over the same period of 2021. Only in April did VLCC rates many to ‘climb up’ to zero, Gibson said.

Negative factors continue to play on the sector including more long-haul cargoes from the US Gulf and West Africa to Europe, clocking up fewer tonne-miles than trips from the Middle East.

Meanwhile, smaller tankers are benefiting from more tonne-miles as Russian barrels into Europe are replaced by long-haul cargoes from the US, West Africa, and the Middle East.

VLCC owners are losing out because this growing trade is displacing oil that could have been shipped on longer voyages to Asia, the broker said. 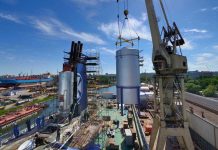 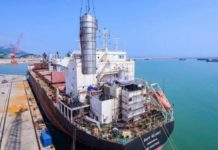 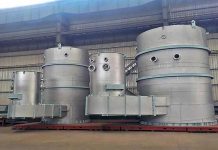