According to media reports, Germany is nearing natural gas agreements with Qatar and the United Arab Emirates as it looks to replace Russian energy.

The crisis-ridden nation made such transactions possible by releasing $2.5 billion to find an alternate gas supply before winter, according to Bloomberg.

According to three persons acquainted with the situation, German utilities RWE and Uniper are close to reaching an agreement on long-term contracts to purchase LNG from Qatar’s North Field Expansion project.

Disputes over contract length and price have plagued the negotiations between Germany and Qatar, but Reuters reported that an agreement is shortly to be achieved.

Should the agreement be approved, Qatar would not be able to provide Germany with immediate deliveries because the project is not anticipated to get underway until at least 2026.

“Uniper is now making a lot of effort to diversify its gas supply sources. Qatar also has a significant impact on this”, Reuters was told by the large utility. RWE claimed that it was in positive and productive discussions with the Middle Eastern nation.

After Russia’s state-run Gazprom totally stopped supplying gas to Europe through the Nord Stream 1 pipeline in response to Western sanctions over the Ukraine war, Europe has been plunged into an energy crisis.

Germany, which depends heavily on Russian gas, is rushing to find alternate energy sources before the winter months and has turned to coal-generated electricity in the process. Additionally, the EU has promised to lessen the dependency of the Union on Russian gas.

Germany’s economy has been under pressure from the gas shortage, and the country’s central bank has issued a warning that as the energy situation gets worse, the economy would continue to weaken during the winter.

Reuters reports that in addition to negotiations with Qatar, Germany is also preparing LNG agreements with the UAE, where German Chancellor Olaf Scholz is expected to sign agreements while on a visit to the area.

“The gas selection is gradually expanding. The administration is constantly in contact with other nations, “ Robert Habeck, Germany’s minister of the economy, remarked.

German officials reported that the country’s natural gas storage has reached 80% full and is on course to meet its October storage targets early, giving the appearance that the country’s effort to secure its energy supplies is succeeding.

Vladimir Putin, the president of Russia, however, stated on Friday that if the EU wants more gas supplies, it only needs to activate the recently halted Nord Stream 2 project.

Additionally, it looks that fresh agreements are still being made because Greece will get the first shipment from the Russian Portovaya LNG plant, which is close to the Nord Stream 1 pipeline. 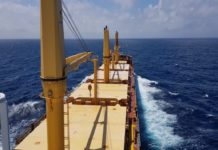