Outside observers might expect that ship design would have been making gains in efficiency over time. After all, most industries strive for continual efficiency gains through improved engineering, operations, and business intelligence. The ship industry is somewhat unique in this regard, however.

“Normally, everybody would expect that there’s been a lot of increase in efficiency from the 1990s to the early 2000s at least. However, efficiency was actually deteriorating in the early 2000s,” Hivand says. According to a study conducted in the mid-2000s, new ships were 10% less fuel efficient than those built in the 1990s.

“Current improvements have been driven not by climate demand, but purely market-driven by a combination of increasing fuel prices and low freight rates,” Nabergoj says. “As a general trend, the drive to efficiency hasn’t been steady over the years.”

Vesa Marttinen, Director, Cruise, Ferry and Yacht Business, Wärtsilä, observes that ships are “designed to last.” This means that ships, once built, “do not wear out that quickly.”

Consequently, shipbuilders are beginning to consider how their assets — and the materials in them — can fit into a circular economy model.

Given this goal, Marttinen calls lifetime extension, in which assets’ lifetimes are extended in order to reduce the need for new material, “the biggest win we have.”

The principle that new ships should aim to use new material will soon be codified in a new regulation called the Energy Efficiency Existing Ship Index (EEXI), which will apply to all ships in operation.

“We have to improve efficiency per transported good or transported passenger,” says Marttinen. “One way to tackle this is to convert the ships by lengthening them, making them larger, removing some of the systems so we can extend the lifetime, or increasing the capacity to reduce emissions per unit of transport or per passenger day. This would reduce maritime emissions, and at the same time use fewer materials in comparison to new builds.”

With regard to specific regulations, Nabergoj points to the IMO sulphur cap as an example of the type of regulation that will drive meaningful changes to ship design.

While using lower sulphur content fuels will work to meet the IMO regulations up to 2030, the regulations will become stricter from that point on, necessitating modifications to ship design. Such modifications should include the optimisation of hulls, propellers, or sails.

By the time the 2050 regulations take effect, carbon-neutral fuels — and ships that use such fuels — will be required. With this in mind, Nabergoj and Hivand agree that fuel and power must evolve in the ships of the future.

In general, however, neither Nabergoj nor Hivand envision significant form factor changes to ships. “There will be evolution, which is always happening, and there may be a higher focus on that aspect as we go forward. However, I don’t think there will be a revolution as such,” Hivand says.

Nonetheless, form aside, it is undeniable that the maritime industry will see meaningful change to ships in the near future. The perfect storm of regulatory and environmental pressure coming into force within the next three decades makes it inevitable. 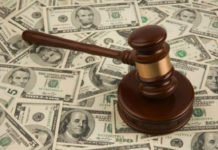 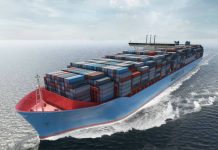 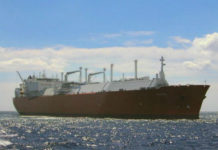