A former SAS soldier who has wanted to “row an ocean” for 30 years is set to cross the North Atlantic alone, reports Telegraph.

Ian Rivers will attempt the 3,000 nautical mile voyage “the wrong way”, with only a sextant for navigation. It will be the first time a solo unsupported rower has ever crossed the Atlantic from New York to the Isles of Scilly without a GPS.

Mr Rivers said: “My definition of true adventure is when you don’t actually know the outcome. “You go into it as best prepared as you can be, but you honestly don’t really know what the ultimate outcome is. “It’s you against the elements.”

“The first four weeks is going to be tough,” he said, “especially the confidence to shut the door at night and go to sleep letting the boat drift with the currents and the wind.”

“The psychological side is probably the hardest part, just trying to relax and sleep and recover from a hard day’s row.”

“I’m not particularly fond of my own company. That’s going to be a challenge in itself.”

In deep water it just turns into massive great swells,” he said, “which is scary enough, but they don’t break, they’re just big walls of water that mess around with you”. He says the hardest part will be getting into a routine of rowing.

How He Crossed It?

Ian, 55, from Hereford, will use only the stars and a sextant on his voyage in Sentinel, a 27-foot long ocean rowing boat. He will use stars and sextant for navigation, not GPS.

In December 2012, whilst working for an American news network, Mr Rivers was kidnapped in Syria. He escaped and managed to find his way to safety using only natural indicators. Escape from kidnapping in Syria inspired him to row atlantic without GPS.

The row is designed to raise money for the Special Air Service Regimental Association (SASRA) and St Michael’s Hospice in Hereford, whilst also raising awareness of the mental health challenges facing serving and veteran personnel. He has personally funded the £25,000 purchase of the Rossiter Ocean 2 boat to ensure the venture takes place.

Past And Present Records

The original North Atlantic route, known as the classic route, was first crossed by Frank Samuelson and George Harbo in 1896 in 55 days. He took 55 days to cross from New York to Isle of Scilly(3,270 miles).

The ‘wrong way’ solo record is held by Tom McClean, a fellow SAS soldier. In 1969, He took 71 days to cross from Newfoundland to Ireland(1,885 miles). 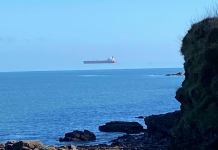 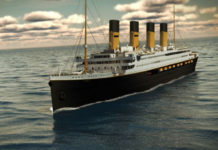 Titanic Founder On a New Quest 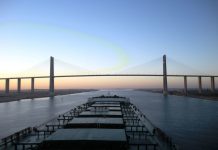 Mariners Master How Not To Get Stuck in Suez Canal