During his presentation he suggested that shipping needed to deal with some uncomfortable questions. That is to say, the discussion needed to move beyond contemplating alternative propulsion technologies, lower carbon fuels & the reduction of emissions, to a deeper reflection about the industry itself, says an article published in Splash247.

Some questions to be considered

Greg says, “Should we be examining in detail what type of cargoes are transported by the world’s shipping fleet and how much energy is needed to move these cargoes? Should waste be transported by sea to developing nations for disposal, or should greater investment be made in recycling and waste processing so that wealthy nations can manage their own trash? Should live animals for meat consumption be shipped half way around the planet or should the meat be processed in the country of origin? Should spring water from Europe be sent over 10,000 km to Australia so that consumers have a wider range of bottled water to choose from? Yes I know it gets dry down in the great southern land, but I don’t think bottled spring water is going to drought-proof the parched country of my birth. I am a believer in free markets and trade, but not to the extent that we go out of our way to damage the environment and waste resources.”

There are also some uncomfortable questions specifically for the cruise ship sector. In particular, how many floating resorts do we really need and are some of the ships becoming too large? Are cruise ship companies serious about reducing energy consumption, or is greater emphasis placed upon on-board attractions including theme park rides. Bearing that in mind, it’s worth highlighting that on average, one cruise ship emits as much black carbon as 4,200 Euro V heavy-duty trucks operating 100,000 km over one year. Further, cruise ships emit the most BC per unit of fuel they burn: the average cruise ship emits 0.34 kg of BC for every tonne of fuel, compared with 0.26 kg/t for a container ship. Black Carbon Emissions and Fuel Use in Shipping. ICCT. (2015).

Questioning the types of ships

Another question to ponder is: are the right types of ships being built? For example can the expected increase in demand for shipping be met and emissions reductions achieved, if we continue to have large bulkers sailing from Australia or Brazil to China full of iron ore, and then have them make the return journey empty? Admittedly it would not be easy and also probably quite expensive to build ships capable of carrying bulk cargoes and containers, but maybe it’s something that needs to be considered. Already general cargo ships exist that can carry multiple types of cargo, so perhaps more emphasis could be placed on designing and building ships with this type of capability.

Vessels being built today are generally cost effective in terms of the current business and operating conditions, but in the near future these conditions are likely to be very different. Conceivably ships and shipping at the moment might be priced too low in terms of dealing with the challenges presented by a lower carbon- intensity global economy. On the other hand if costs were to rise, this may disadvantage developing economies that need to be able to competitively export their products or worse still, it may result in some cargoes shifting onto less energy efficient modes of transport including aircraft and trucks.

Perhaps there’s more that can be done to streamline the shipbuilding industry though. That doesn’t necessarily mean simply closing down shipyards, but rather further consolidation in terms of ship design so that proven energy efficient ship types can be built at lower cost at several shipyards that share a common global design organization. To assist with this class societies though should standardise their design guidelines and perhaps further mergers amongst these organisations are also required.

Another consideration is that ships being built now might in environmental terms become obsolete in 10 or 20 years. For example, could a ship with an open-loop scrubber become a stranded asset due to its environmental impact? At this stage we still don’t know enough about the impact of scrubber discharge water on the marine environment, but this is now a technology that has been bounced across the mainstream press with some very dark headlines.

Dealing with the problems

In some cases the thinking appears to be that if companies band together in an alliance or association, that somehow their public relations efforts will be able to win over the doubting public. Shipping needs to deal with greenhouse gas emissions and pollution, so there’s not much point making comparisons to the airline industry for example or looking for reasons to complain about regulations aimed at reducing emissions or pollution. Associations and alliances may appear effective at churning out press releases and gaining media attention, but for those outside shipping, the narratives often being circulated by some of these groups are not only predictable, but also reinforce the view that shipping is unwilling or unable to develop and implement the changes required.

Overall it became apparent during the CSRI meetings that many of the changes heading towards shipping as part of the energy transition are going to originate from outside the industry. There were for example discussions dealing with the concept of the circular economy – an economic system that is aimed at encouraging recycling, re-use, sharing, repair, refurbishment, re-manufacturing and the reduction of waste. This circular economy approach could be applied to the shipping sector and it’s also an area where the industry could be viewed as being in a leadership role due to its global influence. A focus on the circular economy for example might affect the design of ships, how they are built, how they are operated and how they are recycled or disposed of. It’s also a concept that is not dissimilar to sustainable shipping, and so there’s work that has already been done and that can be expanded upon.

There are of course many companies and organisations across shipping working to improve energy efficiency, reduce pollution and lowering GHG emissions. These efforts should be acknowledged, applauded and encouraged so that other companies embrace similar initiatives. But let’s not confuse the growth in green shipping events and awards with the actions needed to deal with these challenges. 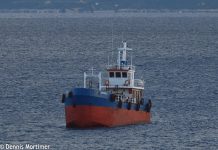 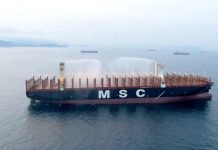