Sovcomflot came out on Friday, publicly saying it was looking to sell some of its older tonnage, but dismissed earlier reports that up to one-third of its 122-strong fleet was being put on the chopping block as it wrestles western sanctions that limit repaying outstanding loans and make operations very hard with class and insurers shunning Russia’s largest shipping line, reports Splash247.

Broking reports have yet to announce any sales, but Splash is aware of a few off-market deals. Most European broking firms have told their employees to cease all dealings with Sovcomflot. Sources tell Splash that one of Sovcomflot’s shipping arms, Novoship, based in the south of Russia, has sold two ships, obtaining some $14m for two 18-year-old 47,000 dwt Hyundai Mipo-built ships named Pamir and Elbrus.

Another same-aged MR and aframax have also been sold in the opening days of the war with Ukraine. A ship named Tuchkov Bridge is now named Valor, while a 2005-built aframax, named Cangjie, has been renamed NS Challenge.

Sanctions are raining in on Russia with Europe close to an oil ban. Nevertheless, oil exports remain high. According to shipping data platform Sea/, the number of tanker voyages originating from Russia have been exhibiting an upward trend from the start of April with key destinations including Turkey, Holland, South Korea, Germany and Egypt. A total of 130 tankers are destined to arrive in Russia in the coming 20 days, 61 of which are Russian-flagged vessels. 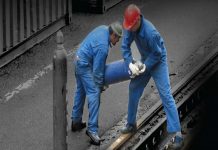