According to a NPR report, a new study has estimated that there will be 400,000 deaths in the US this year due to the pandemic. It includes those who died of COVID-19 and people who died due to disruptions caused by the pandemic.

So, NPR spoke with JOE PALCA regarding the estimate. Here’s a detailed transcript of the conversation.

The total number of deaths related to COVID-19 in this country could top 400,000 by the end of the year. That’s according to a study out today in the medical journal JAMA. Four hundred thousand is about the number of Americans who died in World War II. Joining me now to talk about how researchers came up with this number is NPR science correspondent Joe Palca. Hey, Joe.

CHANG: So, you know, we’ve been reporting that the number of COVID deaths is a bit more than 200,000 now. I don’t get it. Is that number actually going to double by the end of the year?

PALCA: Well, no because the study out today suggests that there’s an undercounting of deaths that could be related to COVID-19. Let me explain. So Steven Woolf is director of the Center on Society and Health at Virginia Commonwealth University, and he and his colleagues looked at deaths from all causes this year and compared those to historical death rates. And this year was higher, so they figured that the explanation is COVID-19 because that’s been the main difference in the health situation.

PALCA: So why the discrepancy between the numbers they’re getting and the numbers that are being reported? Well, they think there are two reasons. Woolf says one of the reasons is that some people just aren’t having COVID-19 listed on their death certificates.

STEVEN WOOLF: The second is people who do not have COVID-19 but die because of disruptions caused by the pandemic. So an example would be somebody has chest pain. They’re scared to call 911 because they don’t want to get the virus, and they die of a heart attack.

CHANG: OK, but that’s not the same as dying from COVID-19.

PALCA: No, but if you’re trying to estimate the burden of the pandemic on American health and the nation’s health, then it’s certainly reasonable to count those kinds of deaths as related to – as blaming them on the pandemic.

CHANG: OK. So I take these numbers are for the U.S. as a whole, but are there regional differences when it comes to the impact of COVID?

PALCA: Yes, there were. In fact, states like New York and Massachusetts and Connecticut that responded aggressively when they saw their excess death rates ramp up at the start of the year also saw them come back to normal historical levels in about May – so about seven or eight weeks later. But states that never brought their outbreaks under control – they still continue to see a surge in these excess deaths, suggesting that public health measures was a big part in controlling things.

CHANG: And do we have any idea whether these excess deaths, as you call them, from the pandemic are showing up in other countries?

PALCA: Yes, this is a pattern that scientists are seeing in other countries. But there’s an interesting twist. So there’s a paper also being published in JAMA that compares how the excess death rates in the United States due to the pandemic compare to death rates in other countries that were hit hard like Italy and Spain and France. And remember; these are rates, not actual numbers because these are different-sized countries.

Ezekiel Emanuel of the University of Pittsburgh is a co-author of that study. And he says at the start of the year, the excess deaths in those countries were fairly comparable with the United States. But then they started dropping down to levels closer to what they were before the pandemic. And Emanuel says that wasn’t the case in the U.S. So what those countries – so what were those countries doing that we weren’t doing?

CHANG: So is it possible to do better at this point and improve the situation here in the U.S.?

PALCA: Yes. Both Emanuel and Steven Woolf from Virginia Commonwealth University say that implementing those measures that Emanuel was just talking about would make a big difference, and the death rate could come down significantly by the end of the year. And a vaccine will help. Although when we get the vaccine and who will be able to get it, that’s a topic for another day. 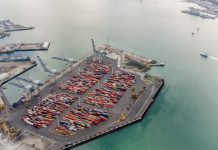 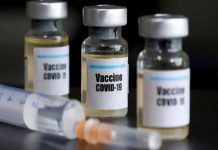 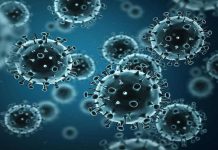 Mfame Team - November 29, 2017
0
Footage released by activist group Sea Shepherd shows Japanese fishermen harpooning whales in the Southern ocean before dragging them, still alive, along the side...
Powered by Pojo Software Pvt.Ltd
This website uses cookies to improve your experience. We'll assume you're ok with this, but you can opt-out if you wish.Accept Read More
Privacy & Cookies Policy
Necessary Always Enabled