A Japanese submarine collided with a commercial ship while surfacing in Pacific coast on Monday, reports CNN.

According to government officials, a Japanese submarine collided with a commercial ship as it attempted to surface off the country’s Pacific coast on Monday.

The accident occurred off the main island of Shikoku in southern Japan.

Three crew members from the Maritime Self-Defense Force submarine Soryu suffered minor injuries, and pictures from the Japanese Coast Guard showed it sustained damage to its fairwater planes, the winglike structures on its conning tower.

The Defense Ministry said communications equipment on the sub was also damaged, although it was still able to operate.

“Soryu scraped the hull of the vessel as it was surfacing. It is extremely regrettable the MSDF submarine has collided with a commercial ship,” Defense Minister Nobuo Kishi said.

Bradley Martin, a RAND Corp analyst and former US Navy captain who analyzed images of the damage, said the impact would have restricted the submarine’s capabilities.

“I wouldn’t call the damage ‘minor.’ The submarine can’t dive and can’t communicate.”

The Soryu, commissioned in 2009, is the first in its class of Japanese diesel electric-powered submarines. It displaces about 3,000 tons and has a crew of around 65. 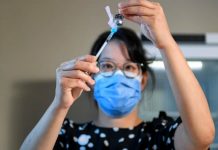 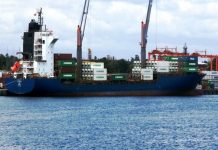