According to an article published in Reuters, Supertanker freight rates have fallen after last week’s highs as industry participants await the outcome of a meeting of oil producers before making further bookings.

The industry sources said, freight rates could drop further if the Organization of the Petroleum Exporting Countries, Russia, and other producers decide to cut output sharply, reducing transport and storage demand for oil, they said. They could jump again if producers fail to reach an agreement.

“From a freight standpoint, therefore, we would expect an immediate scale down of Saudi seaborne exports,” Anoop Singh, head of tanker research in Asia at Braemar ACM Shipbroking, said. The financial incentives for storing crude in ships would also be eliminated, further weighing on freight rates, he added.

The threat of a big production cut combined with lower demand has dampened sentiment in the VLCC (very large crude carrier) market this week, pushing freight rates along the Middle East-China route lower to about $125,000 per day on Wednesday, down by nearly half from about $235,000 a day last week, according to shipbroker data and sources.

By comparison, VLCC freight rates were at about $30,000 per day at the start of March before Saudi Arabia pledged to unleash its vast crude supplies following the collapse of supply talks with Russia.

Despite doubts over the role of the United States in any production curbs, the prospect of a coordinated production cut has already caused a surge in front-month crude prices, narrowing crude oil’s contango structure.

Floating storage is incentivised by a structure of the forward price curve, known as contango, whereby future supplies are more expensive than those for immediate delivery.

Since the beginning of March, freight rates have surged following a spike in Saudi crude oil exports and an increase in floating storage demand driven by the widening of crude’s contango structure.

“Absent the two, and we expect dirty freight rates to correct to near early March levels supported only by a gradual recovery in China’s refinery runs and eventually in its crude buying,” Singh said.

But if OPEC and its allies fail to strike a deal, tanker rates may quickly resume their ascent as participants scramble to secure ships for transport or floating storage.

“If the free for all vis-a-vis oil production continues, a continuation of the storage-driven rally is on the cards,” Ashok Sharma, managing director of shipbroker BRS Baxi in Singapore, said. 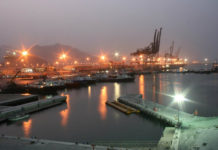 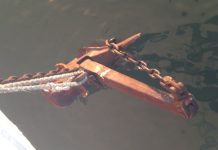 Mfame Team - August 24, 2016
0
Watch an amazing video of the Amerigo Vespucci, an Italian sail-training ship that paid a visit to Dublin recently, seen in all its glory...
Powered by Pojo Software Pvt.Ltd
This website uses cookies to improve your experience. We'll assume you're ok with this, but you can opt-out if you wish.Accept Read More
Privacy & Cookies Policy
Necessary Always Enabled