Suspension railways look to be a relic of the past, a 19th-century vision of mobility as reported by CNN.

By 2022, we’ll all be travelling to work on trains that are upside down!

Today, the only suspension railways in operation are to be found in Japan and Germany.

It all began in the 1880s, in the afterglow of imperial Germany’s so-called Gründerzeit era of rapid industrial expansion.

Entrepreneur and engineer Eugen Langen had been experimenting with a suspension railway for moving goods at his sugar factory in Cologne.

Meanwhile, the nearby city of Wuppertal had a problem.

Because the long and winding river valley made traditional rail or tramways impossible, city officials invited proposals to solve the problem — and up popped Langen.

Almost 20,000 tons of steel were used to create the elevated track which snakes through the city. Its 20 beautiful art nouveau stations complemented the glass and wood interiors of carriages that could carry 65 people each.

The network was extended to its final length of 13.3 kilometres (8.3 miles) in 1903, with journeys beginning and ending at turning loops connected to the line’s Vohwinkel and Oberbarmen stations.

Passenger numbers dropped during World War I when many of the workers of Wuppertal were serving in the armies of the Kaiser, but by 1925 the network had already carried 20 million passengers over the gentle Wupper river.

For Rosemarie Weingarten, who was born in Wuppertal’s Barmen district in 1933, the Schwebebahn remains the cultural flagship of the city because of its endurance.

“It has always been there for me and I’m proud that it is still running,” she told CNN.

The elephant in the carriage

In 1950, the Schwebebahn had its most famous passenger to date, even more, high-profile than the Kaiser: Tuffi the elephant.

She’d already ridden on trams, drunk from a holy water fountain, delivered crates of beer to construction workers and, somewhat less heroically, eaten a bouquet of flowers and urinated on a Persian carpet.

But the carriage was crowded with journalists and officials, so when Tuffi tried to turn after a few minutes, she couldn’t and panicked.

Althoff had, apparently, wanted to jump after her, but instead continued to the next stop from where he ran back to the dazed elephant and led it back to the circus camp.

Riding into the past

Today, the gently swaying Schwebebahn is no longer transporting elephants, but is still in use as a commuter train, moving an astonishing 25 million passengers annually, pre-Covid.

“My fascination with the Schwebebahn lies in the way it was constructed over 100 years ago,” says Cologne-based architect Christian Busch.

To realize such a project without computer-aided systems would be unthinkable today.

Since then, the railway has had some ups and downs, especially since the latest upgrade, when in 2018 a 350 meter-long power cable crashed onto the street below and incapacitated the Schwebebahn for almost nine months, the longest service disruption in its history.

The railway reopened in 2019 and has been widely and happily used by Wuppertalers again. 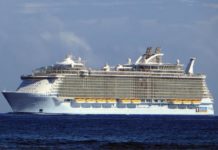 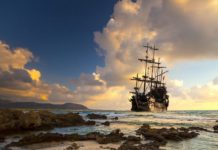