De Wadden, a 1917 three-masted schooner built in the Netherlands, is berthed in Canning Dock on the waterfront and the feasibility study on its future is being carried out as part of wider scheme to redevelop the area and give people a better understanding of Liverpool’s maritime history. The ship was bought by the Merseyside Maritime Museum in 1984 and conservation has been ongoing since then to stabilise the vessel, says an article published on their site.

Compliant with code of ethics

NML has been consulting widely on the future of De Wadden, with one of the options being considered being the deaccession and potential deconstruction of the ship. The organisation is following guidance given in the Museums Association’s (MA) Code of Ethics and the Disposal Toolkit. NML is also following its own disposal policy.

The process includes a two-month period, beginning today, when museums and other suitable organisations will be informed that the ship is available to acquire. Any organisation that does acquire the vessel would have to consider the costs of moving it and its long-term care.

A second option is to deaccession the ship and move it from Canning Graving Dock 2 to Canning Graving Dock 1, followed by work to stabilise its condition. Then, after further investment, there could be public access. But this option would take significant financial and staff resources.

The national significance of marine history

NML director Laura Pye said: “Conversations like this are never easy. People respond to our objects, no matter how big or small, in personal and emotional ways. As custodians of these objects and their stories, it is our responsibility to be transparent about the way we care for them and the decisions we have to consider as part of healthy collection management.

“Liverpool’s rich maritime history is not only of local and national significance, but it belongs to a global story of movement, trade and maritime culture, and we are proud to have an important role in sharing that.

“As we consider the future of De Wadden, we are also thinking about the best way to engage in these stories and connect Liverpool’s maritime history to our audience in meaningful and accessible ways. As we move through this process, hearing the views of not only stakeholders, experts and partners, but our visitors too, is crucial in helping us move forward.”

Janet Dugdale, the director of museums at NML, said the ethical dimension is a crucial part of the process.

“We have had a lot of conversations around ethics, and have looked right through the MA’s disposal toolkit,” Dugdale said. “We’ve assessed all of these kind of aspects and mapped them onto the process. It’s really important to us, and we have our own ethics group to advise us as well.

“Everyone we have spoken to has understood where we are, and has been supportive of the process and us doing things in a clear, transparent and open way, which is our intention.”

NML has already contacted the MA, the National Historic Ships, International Congress of Maritime Museums, and the Department for Digital, Culture, Media and Sport about the future of De Wadden. It is also starting to consult with local maritime interest groups.

Hannah Cunliffe, director of National Historic Ships UK, said: “We are pleased that NML is following the principles set down in our guidance publications as it considers options for the future of registered historic vessel De Wadden, one of only three surviving Irish Sea schooners and the last trading sailing ship to use the port of Liverpool.

“With her Dutch provenance and a cargo carrying history which encompasses both world wars, we hope that a solution can be found which will keep alive the international shipping stories she represents so well.  We will be glad to offer advice to any individuals or organisations interested in rehoming De Wadden and will continue to provide support to NML on whatever outcome is reached following this process.”

De Wadden was built in 1917 by Gebr Van Diepen of Waterhuizen, Netherlands, for the Nederlandsche Stoomvaart Maatschappij (Netherlands Steamship Company).  Following the end of the first world war, the vessel was sold to Richard Hall of Arklow in the Republic of Ireland.

From 1922 to 1961, De Wadden carried mainly coal as well as other bulk cargoes such as grain, pit-props, china clay and mineral ores from the River Mersey to various Irish ports. The vessel was retired from commercial use in the 1960s.

De Wadden was conserved and restored after the Merseyside Maritime Museum bought it in 1984. In the early 1990s, the museum briefly ran some tours of the deck and education sessions, before this was withdrawn to allow further conservation work.

Since then, conservation has been ongoing to stabilise the vessel which has remained drydocked in Canning Graving Docks.

De Wadden is not the largest object in NML collections – that is the Edmund Gardner, a former pilot cutter that is in dry dock opposite the Maritime Museum. This is in much better condition than De Wadden is accessible, although it is not open to the public at the moment.

Museums Journal is planning to publish a series of online articles that will follow the process of deaccessioning De Wadden. 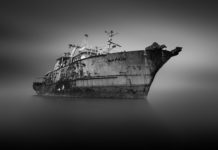 The Gold-Laden SS Pacific Wreck Found 150 Years After It Sank! 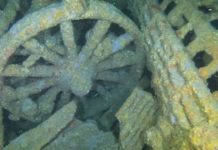 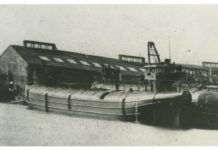