A recent news article published in the ZIM states that  Shani Ben-David is the First Woman to be Appointed as Captain in the Israeli Merchant Marine.

Shani Ben-David, apointed as the Captain

Shani Ben-David, 39, was today appointed to the position of Captain. In a traditional ceremony held at the company’s headquarters in Haifa, ZIM President & CEO, Eli Glickman, granted her the official appointment. Ben-David is the first woman to reach the highest rank in the Israeli merchant marine.

After fulfilling a required period, a committee headed by ZIM’s COO, David Arbel, recommended her appointment to the position of Captain.

Shani Ben-David will take command of the container ship “ZIM SHEKOU” at the beginning of May this year. In her new role, she will command a professional team of officers and seafarers and will hold the ultimate authority and responsibility for a giant ship, carrying thousands of containers containing millions of dollars’ worth of goods across the oceans.

Along with intensive training and uncompromising professionalism, the position requires experience and leadership qualities and the ability to deal with complex professional challenges, including the forces of nature, in the best maritime tradition.

Several women have served, or are still serving, in the Israeli Merchant Marine, but to date only a few have reached senior positions. Therefore, the appointment of Shani Ben-David is a significant breakthrough and an inspiration for other women, in shipping as well as in other fields.

Eli Glickman, ZIM President & CEO: “The historic appointment of Shani Ben-David, as the first woman Captain in our fleet, is exciting and inspiring. Shani broke the glass ceiling, and proved once again that women can reach any summit. She will not only fulfill a personal dream but will set a living example for additional women. We at ZIM support gender equality, diversity and inclusion in everything we do and we are proving today that we are implementing this vision in practice. We will continue to support and promote women who choose the unique career of an officer in the merchant marine. We entrust great responsibilities in Shani’s hands because we are confident of her capabilities and skills. I wish her successful voyages! “

David Arbel, ZIM COO, also heading Marine HR: “Shani Ben-David was appointed to the position owing to being an outstanding, professional officer with impressive personal qualities. We are especially thrilled since her appointment is a historic milestone – the first woman in this challenging role of a ship’s master. I wish her smooth and successful sailings and professional satisfaction.”

Captain Shani Ben-David: “It’s with great pride and excitement that I take command of a ship. I chose a maritime career out of love for the sea and out of a desire to achieve a huge challenging goal in a professional field which is almost unknown to the general public. A career at sea is fascinating, challenging and rewarding. I look forward to going to sea for the first time as a Captain. “ 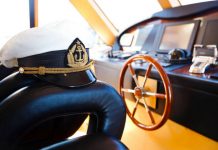 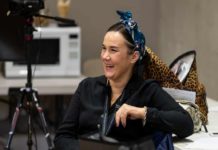