Admiral Linda L. Fagan shattered the military’s glass ceiling this month, becoming commandant of the U.S. Coast Guard and the first woman to lead a branch of the U.S. armed services, reports MSNBC.

“Diversity matters,” Adm. Fagan said on Tuesday’s “Morning Joe,” during a discussion about her historic confirmation. “Diverse work teams outperform non-diverse work teams. Bringing that diversity forward, regardless of whether it’s an international, diplomatic conversation or, you know, on the mess deck at the small boats stations where our workforces are working…Representation matters [and so does] demonstrating to individuals that there hey there is nothing but opportunity, there are no barriers to your entry and success…”

Previously, Adm. Fagan served as vice commandant of the U.S. Coast Guard and is the first woman four-star admiral in the history of her service. She has spent nearly 40 years in the Coast Guard and has served on all seven continents.

“I’m really excited about the future,” she said, adding that one of her primary objectives will be talent management and recruiting.

Brzezinski, who spearheaded Know Your Value and Forbes’ 50 Over 50 initiative, which features women over the age of 50 who have found significant success later in life, asked Adm. Fagan if she ever imagined she would reach her greatest impact and make history after the age of 50.

“No,” said Adm. Fagan. “I never imagined that I’d still be serving, that I’d have this opportunity. It is a privilege to lead this talented workforce … I try not to think about my age. I’m just super excited.”

Last week, President Joe Biden, during a change of command ceremony, described Fagan as “part of a generation of pioneer women in the force.” 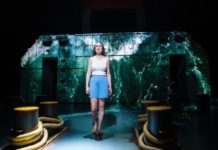 Corrina, Corrina Review – Onboard Battle Gets Lost At Sea 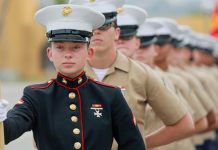