From an environmental, regulatory and operational perspective, the pressure on the shipping industry to provide clean fuel has never been greater, writes Selwyn Parker for Marine Propulsion news.

The mounting number of claims arising over contamination issues from fuel supplied in the US Gulf and Panama earlier this year, affecting over 50 vessels at the last count, graphically highlights the importance of effective fuel-sampling systems.

As the new sulphur emissions regulations starts from January 2020 and the quality of fuel becomes paramount, far more responsibility will fall on crews to ensure the fuel onboard adheres to the regulations and is contaminant free.

Quite apart from ships being adrift with seized engines, as happened earlier this year due to contaminated fuel, the penalties for buying suspect fuel are hefty. They run from fines to the detention of vessels.

In the above-mentioned contamination incident, the culprit is likely to be a substance used in the manufacture of epoxy resins and as an emulsifier in pesticides, according to research being conducted by Veritas Petroleum Services (VPS). It is known as 4-Cumyl Phenol, a chemical with adhesive properties – exactly the opposite of the free-flowing fuel that ship engines need.

According to a study by mutual insurance association P&I Club claims executive Amanda Hastings, the contaminations manifested in seizures to fuel-injection systems and blocked filters.

Yes. It is illegal to pump this fuel. As IMO regulations make clear, “the fuel shall not contain any additive at the concentration used in the fuel, or any added substance or chemical waste that jeopardises the safety of the ship or adversely affects the performance of the machinery”.

Not enough labs for testing

The rub here is that the rogue fuel “appears to meet the basic ISO 8217 Table 2 test requirement”, according to the P&I club study. If so, then more rigorous tests of fuel are clearly required to avoid similar incidents occurring.

But this raises another problem, in that there are not enough laboratories worldwide to conduct the kind of advanced analyses required to identify all possible contaminants.

How can a conscientious crew detect bad fuel?

The responsibilty is shifting from technicians to crews to ensure fuel is pure and compliant. Enginerooms must be more alert to warning signs that a vessel’s fuel is not meeting the necessary specifications. Such signs may show up in the form of blocked filters; but in the latest bout of contamination, the evidence came too late, in the shape of sticking fuel pumps.

If the crew are able to detect the tell-tale signs, standard procedures must be followed to mitigate the damage. First, suggests the P&I Club, stop using the fuel and, if possible, segregate it. Retain samples for the laboratories and save any damaged or seized components, such as fuel-injection pump barrels, plungers and the like, for subsequent analysis.

“Ship operators should constantly monitor the quality of bunkers delivered to their vessels”, states Seagull Maritime, which in August combined with VPS to launch courses on the subject. “While some fuel buyers may argue that they have not encountered any fuel-related problems, it is increasingly important to pinpoint the sources of quality problems because marine fuel is an internationally-traded commodity”.

MFM to help but not fix

Given the risks, the pressure is on the bunkering industry to up its game. That is why Singapore, which in 2017 sold a record 50.6M tonnes of marine fuel, last year installed mass flow meters (MFM) for bunker sales and proposes to extend their use from July 2019.

Mass flow meters will be installed on bunker tankers as part measures to enforce tougher standards on quality, measurement and sampling. The meters will not only measure how much oil is transferred, they will also take samples at terminals, helping the port authority prepare for the January 2020 emissions deadline.

This technology should help ensure the quality of fuel before it is loaded, but it will not fix the problem entirely. “Contaminated marine fuel remains one of the biggest hurdles facing the bunkering industry in 2018 and this trend will likely continue beyond 2020”, warned VPS group managing director Dr Malcolm Cooper, in a blog in October entitled Marine fuel quality: Where do we go from here?

Blending components may be a reason

As he points out, unfortunately marine fuel is not always what shipowners expect it to be. It is blended with cutter stocks (to reduce viscosity), diluents and additives, and sometimes cheaper alternatives are used. “Contamination may arise from impurities in any of these blending components”, he explained. “There is always the possibility that some unforeseen detrimental side reaction may take place during blending”.

A 40-year veteran of the laboratory and one of the most authoritative voices on the subject, Mr Cooper fears the quality control procedures for marine fuels are not sufficiently rigorous.

Further complicating matters, the supply chain is often long and complex, making it difficult to identify weak links. “The key is to provide traceability and highlight changes, additions, or blending of the fuel throughout its journey from refinery to vessel”, he suggests. “This could be achieved by testing and certifying the fuel at each stage of the fuel custody transfer, including checks on the quality of all components used to blend the fuel”.

Indeed, this has long been the case in aviation fuel, where the risks of contaminated fuel would be catastrophic. Costly as it is, a similar level of rigour may have to be adopted by the marine sector. Shipowners will be forced to take a much closer interest in a subject that, until now, has largely been the prerogative of fuel suppliers.

In the meantime, onboard system checks are an essential element to the process of ensuring the fuel’s integrity. As VPS explained, “even if a delivered fuel meets the ordered specifications, it is imperative that the fuel treatment plant is operating at maximum efficiency, or engine damage may occur”.

The mere taking of fuel samples from tanks and fuel systems is a highly detailed operation. As the laboratories point out, correct procedures and paperwork can help prevent arguments over low-quality fuels – or at least settle them more rapidly. “Disputes arising from poor quality fuel deliveries can be complex and what may seem to be a simple case can become very convoluted with respect to documentation, samples and alleged damages”, warns VPS in an advisory note.

And with the new regulations little more than a year away, the pressure to deliver – and use – high-quality fuel is only going to increase. 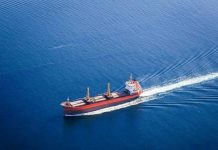 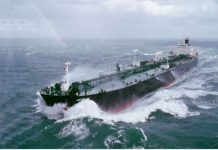 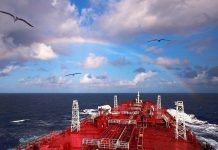