Commander Edward J. Smith was the captain of the infamous ship ‘The Titanic’. Smith’s body was never discovered and his final moments remain a mystery, reports History in a recent post on their website. Did the captain die an honorable death along with his crew members or did he fled throwing away his responsibilities as a captain of ‘The Titanic’?

On the day of the incident

One knows exactly where Captain E.J. Smith was at 11:40 p.m. on Sunday, April 14, 1912. But witnesses said he appeared on the bridge of the Titanic just moments later, asking what the storied ship, making its maiden voyage across the Atlantic, had struck.

So began the worst night of Edward John Smith’s otherwise charmed life. In more than 40 years at sea he had rarely been involved in an accident and never held accountable for one. Now he was about to preside over one of the worst sea disasters of all time. In a matter of hours, more than 1,500 passengers and crew would be dead, including Smith himself.

The many theories of his final moments

Smith’s body was never recovered, and his final moments remain a mystery, with no shortage of conflicting accounts—including one in which he jumped off the ship holding a baby.

As author Wyn Craig Wade wrote in The Titanic: End of a Dream, “Captain Smith had at least five different deaths, from heroic to ignominious.” Rumors of his survival also circulated. At first it appeared as if Smith’s luck was going to hold. Fourth Officer Joseph G. Boxhall made a quick inspection of the ship and returned to the bridge to report that he had found no damage. But whatever relief Smith might have felt at that moment was quickly shattered.

Flooded floors in the Titanic

Thomas Andrews, the Titanic’s head designer, reported that his inspection revealed flooding in at least five of the Titanic’s 16 watertight compartments. While the ship could have stayed afloat with up to four flooded compartments, depending on their location, five tipped into catastrophic territory. At roughly midnight, Andrews reportedly told Smith the Titanic could last another 60 to 90 minutes.

Smith now knew the Titanic was doomed. He also knew that its 20 lifeboats, with a total capacity of 1,178, couldn’t begin to accommodate the more than 2,200 passengers and crew members aboard.

The captain still had some hope of averting total disaster. Soon after the collision, he and other officers saw what they believed to be the lights of a nearby ship. Several estimated it was no more than five miles away.

At 12:05 a.m. Smith gave orders to uncover the lifeboats and alert the passengers. Meanwhile, he told the ship’s two wireless operators to get ready to transmit distress signals. Ten minutes later, by the surviving operator’s estimate, he returned and gave them the order to send out a CQD, the universal distress call that was soon replaced with an SOS.

The ship they spotted in the distance didn’t answer, but several others did. The nearest, RMS Carpathia, replied that it would change course and hurry to the Titanic’s position. But the Carpathia was 58 miles—or some four hours—away. It was now just after 12:30 a.m.

Still hoping to get the attention of the mysterious ship nearby, the captain ordered the firing of distress rockets at 12:45 a.m. At the same time, Boxhall tried to contact it with a signal lamp, flashing a plea for help in Morse code. There was no reply to either.

A State of Shock?

It was also around 12:45 a.m. that crewmen lowered the first of the Titanic’s lifeboats to the ocean surface. Although Smith had ordered the boats uncovered some 40 minutes earlier, he didn’t give the order to begin loading and lowering them until Second Officer Charles Lightoller reminded him by asking, “Hadn’t we better get the women and children into the boats, sir?”

That was one of several incidents that have led some historians to question whether Smith had gone into a state of shock.

In another instance, Smith ordered that a lifeboat be lowered from the boat deck to the promenade deck, so passengers could climb in more easily. “Haven’t you forgotten, sir, that all those glass windows are closed?” a passenger gently reminded him. “By God, you are right!” Smith replied. He had apparently confused the Titanic’s partially enclosed promenade deck with the totally open one of her sister ship, Olympic, which he had previously commanded.

From that point on, Smith’s activities become more of a blur. He didn’t give up on the mystery ship, ordering the crew of at least one lifeboat to row toward the lights, drop off passengers and return to Titanic for more.

Smith also checked in periodically with the wireless operators until, at about 2 a.m., he released them from duty and told them to try to save themselves.

Was it all an act?

Outwardly, Smith seems to have kept up a brave front, appearing captain-like to the last, at least to most observers. “I saw Captain Smith getting excited; passengers would not have noticed, but I did,” May Sloan, a surviving Titanic stewardess, wrote in a letter shortly after the disaster. “I knew then we were soon going.”

The Many Deaths of Captain Smith

A 2:20 a.m., the last portion of the Titanic disappeared between the waves. Smith’s final moments aren’t definitively known, but reports varied widely.

Some early newspaper reports, allegedly supported by eyewitnesses, say he had shot himself with a pistol, though few historians give them any credence. Surviving wireless operator Harold Bride, a more reliable witness, said he’d seen Smith “dive from the bridge into the sea.” Others said he was swept off by a wave or—having been swept off—swam back to the Titanic to meet his end.

Several witnesses claimed to have seen him in the water. In an account attributed to Titanic fireman Harry Senior, Smith jumped off the ship with “an infant clutched tenderly in his arms,” swam to a nearby lifeboat, handed off the child and swam back toward the Titanic, saying, “I will follow the ship.”

Still others believed he had made it to an overturned lifeboat but lost his grip, possibly when one of the Titanic’s immense funnels broke loose and crashed into the water nearby. Stranger still are several widely publicized reports that he didn’t die at all. For example, three months after the Titanic disaster, in July 1912, a Baltimore man named Peter Pryal reported seeing Smith on the streets of that city. Pryal was no ordinary crank, but a highly regarded local businessman who claimed to have been an officer aboard the White Star liner Majestic some 30 years before, when Smith was its captain. In addition, Pryal’s doctor attested that he was “absolutely sane and not given to hallucinations.”

In fact, Pryal said he had seen Smith twice, once on a Wednesday and again the following Saturday, when he returned to the same spot to look for him. After an hour of waiting, he said he saw Smith coming, approached him, and asked him how he was. “Very well, Pryal,” the man supposedly answered, “but please don’t detain me. I am on business.”

Pryal said he trailed Smith to a train station. Just before he boarded a train to Washington, Pryal reported, the man smiled at him and said, “Be good, shipmate, until we meet again.”

“There is no possibility I am mistaken.” Pryal told a reporter. “I would know him even without his beard.”

Did Smith change his identity?

Smith was back in the news in 1940, when a letter in Life magazine suggested that the captain had ended his days as an elderly derelict in Lima, Ohio, known as “Silent Smith.” Among the evidence: The man had arrived in town three years after the Titanic disaster, would only give his name as Smith, was about Smith’s age and size, and bore the sort of tattoos common among seafarers. Life seems to have been unaware that immediately after Silent Smith’s death in 1915, the Lima News had identified the man as one Michael McKenna.

Was Captain Smith a Hero to the world?

In the immediate aftermath of the disaster, newspapers cast Smith as a hero, the brave captain who went down with his ship. For a villain, there was J. Bruce Ismay, the White Star chairman, who got off in a lifeboat and was accused of pressuring Smith to maintain a reckless speed.

Criticism from the British and the Americans

In  inquiries that followed, a more complicated picture emerged. Smith was accused of ignoring ice warnings from other ships and failing to reduce the ship’s speed to fit the conditions at hand. The British inquiry essentially exonerated him, saying he did nothing other captains wouldn’t have done. The American inquiry was only slightly harsher in its judgment. Michigan Senator William Alden Smith, who chaired the Senate investigative committee, charged that Captain Smith’s

indifference to danger was one of the direct and contributing causes of this unnecessary tragedy.

But the senator also gave him credit for his “manly bearing and his tender solicitude for the safety of women and little children” as well as his “willingness to die.” 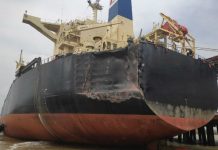 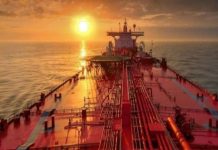 Disabled Tanker In Need Of Towage 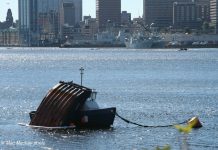