The Titanic sank many moons ago, yet the fateful sinking of the unsinkable ship on a moonless night haunts many and people continue to unearth new information on the sunken cruise ship.

The latest addition to this is a possible solar ejection that might have hindered the ship’s maiden journey, writes Chris Baraniuk in his Hakai Magazine article.

Let’s take a look how.

It was a moonless night. James Bisset, the second officer of the steamship RMS Carpathia, peered out across a chilly North Atlantic. The sea was calm, there was no wind. Above him, the effervescent aurora borealis danced in the sky. And roughly 100 kilometers away, a much larger ship—the RMS Titanic—was heading for disaster. It was April 1912, and the world’s most well-known maritime catastrophe was about to unfold.

The Titanic’s sinking caused the deaths of around 1,500 people, a disaster that has been portrayed in countless books, films, and TV series. Historians have picked over the incident for more than a century. But a new theory has recently emerged that could help explain what happened.

“Most people who write about Titanic, they don’t know that northern lights were seen on that night,” asserts independent weather researcher Mila Zinkova, a retired computer programmer, who lives in San Francisco, California. Zinkova recently published an article in the journal Weather in which she put forth a novel idea: a blast of electromagnetic radiation from the sun slammed into the Earth, lighting up the sky with the aurora and interfering with the compasses and radio equipment aboard the Titanic and nearby vessels. It is well known that solar ejections can influence compass needles and cause radio interference.

Zinkova suggests that an ejection of charged particles from the sun may have caused the crew to make navigational adjustments that led the Titanic along a slightly different course than intended, potentially sending it in the direction of the iceberg that ultimately scuppered the great liner.

“Even if the compass moved only one degree, it already could have made a difference,” says Zinkova.

Compass errors, however, could also have saved lives. The Carpathia, which responded to the Titanic’s SOS call, received the wrong position for the sinking ship—it was directed to a point 11 kilometers from the actual location. But because the Carpathia was perhaps also affected by the solar storm, the crew caught sight of the survivors’ lifeboats and signal flares, and managed to save 705 people.

Why Didn’t the Other Ships Hear the SOS?

But the Titanic’s SOS wasn’t heard by everyone in the vicinity. Zinkova thinks space weather may be to blame for this, too. A steamer, SS La Provence, did not receive messages from the Titanic, though it did hear broadcasts from other ships. And the SS Mount Temple got the Titanic’s SOS, but the stricken vessel never received its reply.

Titanic historian Tim Maltin, who says he has disagreed with Zinkova in the past regarding other details of the sinking, says he hadn’t heard of her solar storm hypothesis before. He says that while he enjoyed her article, there are alternative explanations for the events she ascribes to the solar storm.

For one, while the Titanic did give an incorrect location in its distress call, the ship’s lifeboats happened to be at a position directly between the Carpathia and the sinking steamer, which could explain how the Carpathia found the survivors so easily. Plus, the Titanic’s wreck was located along the ship’s expected route, so it had not taken an unexpected course, Maltin says.

And yet eyewitness accounts make it worth considering the solar storm theory, says Chris Scott, a space and atmospheric physicist at the University of Reading in England.

“The fact that so many people saw the aurora makes me confident that there was a space weather event happening,” says Scott.

And it wouldn’t be unreasonable to think the solar activity affected the ships’ compasses and radios. Ejections from the sun have been linked to other dramatic events, Scott says, such as the time in 1972 when dozens of sea mines suddenly exploded off the coast of Vietnam—space weather is believed to have been the cause.

Maltin agrees that there probably was a solar storm the night of the Titanic’s sinking. “But I think it was not a significant factor,” he says.

Scott adds that it would be possible to test Zinkova’s theory further by modeling the ionosphere—the layer of charged particles in the Earth’s atmosphere that interacts with the solar wind—and simulating known radio broadcasts sent by ships on the nights of April 14 and 15, 1912. That might help to reveal why some signals got through while others didn’t. Zinkova accepts that it would be very difficult to prove whether solar activity definitely affected the sinking. Ultimately, she says, it is the human tragedy of what happened that most moves her.

Benefits of This Research

Either way, Scott argues that we may all benefit from a better understanding of historical disturbances caused by the sun.

In 1859, for instance, a particularly large solar storm caused an extraordinarily bright aurora to be visible as far south as Cuba. The Carrington Event, as it is now known, affected electronic equipment, with telegraph operators witnessing sparks flying out of their machines.

Careful documentation of past space weather events may prepare us for the next really big one, suggests Scott, since this could reveal new insights into how frequent these occurrences are.

Taking the threat seriously could prove prudent. In an age when we are so dependent on technology, a 21st-century Carrington Event might be even more disastrous than the sinking of the Titanic. 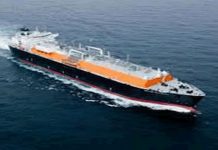