A recently published article in the Newyork Times reveals that the president of the Brazil has been affected by covid 19 and under treatment.

Speaking to journalists outside the presidential palace in Brasília shortly after noon on Tuesday, Mr. Bolsonaro, said he had taken a test on Monday after experiencing fatigue, muscle pain and a fever.

He said he was feeling “very well,” which he credited to having taken hydroxychloroquine, an anti-malaria drug he has endorsed but which studies show does not ward off the virus.

Covid-19 cases that become serious often take a turn for the worse about a week after symptoms emerge.

No social distancing and use of mask

Even as several of Mr. Bolsonaro’s aides have tested positive for the virus in recent months, the president has often eschewed precautions, boasting of how his athletic background would protect him and encouraging his supporters to flout lockdown measures imposed by city and state officials.

But after he became seriously ill with Covid and spent several days in a hospital, he appeared to take the danger more seriously, and made a point of praising overburdened health care workers.

The president’s illness will do little to alter Brazil’s approach unless he experiences serious complications, politicians and public experts predicted.

The country is now in the process of reopening, with Brazilians packing bars, beaches and public spaces.

No contrition from the President

Mr. Bolsonaro did not express contrition for his handling of the pandemic, and doubled down on his assertion that the virus poses little risk to healthy people.

He characterized the diagnosis as a predictable outcome of a leadership style that requires him to be among the people.

“I am the president, I have to be on the front lines of the fight,” he said, comparing the virus to “rain, which is going to get to you.”

“Thank you to all those who prayed for me and rooted for me,” he said. “I’m fine, thank God. Those who have criticized me, that’s fine, they can continue to criticize me.”

After taking questions from journalists, Mr. Bolsonaro stepped back a few feet, removed the mask he had been wearing and smiled. 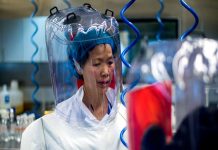 mfame editor - May 26, 2019
0
Stabilisers are used to reduce the amount of roll experienced by large ships. In this video, we look at a few different stabilisation techniques. We...
Powered by Pojo Software Pvt.Ltd
This website uses cookies to improve your experience. We'll assume you're ok with this, but you can opt-out if you wish.Accept Read More
Privacy & Cookies Policy
Necessary Always Enabled