The vessel was carrying 2,300 containers when it was severely damaged. It had to divert from its journey to South Africa and beach at Branscombe. When the ship put out a distress call after suffering ‘catastrophic damage’ to its hull, all 26 crew were airlifted to safety in a rescue operation co-ordinated by UK coastguards.

The MSC Napoli lost 114 containers of its cargo. Of them, 80 washed ashore, they held items such as explosives, fertilizer, weedkiller, car engines, chocolate, Polish bibles, vodka, shampoo, wine, coffee, perfume, dog biscuits and frozen ducks. Boxes of shampoo, wine barrels and even BMW motorcycles, still in their packing crates, were pulled off Branscombe beach by an army of modern day ‘wreckers.’ The incident sparked media interest with journalists and TV crews interviewing Police, Environmental Groups and Maritime & Coastguard Agency. The incident sent Branscombe into chaos, the quiet country lanes were lined with traffic with people on their way to remove valuable items that had been washed up.

Chief Superintendent Jim Nye, who was the Silver commander at the time of the incident, said: “Our contingency planning is much more developed now and we believe that if a similar incident should ever happen again…” Their first priority was to remove the 3,800 tonnes of diesel, fuel and oil from the ship after it lost around 10 tonnes of oil already. Within eight weeks experts removed all oil from the vessel. Inevitably, some oil did escape and over the following weeks 1,000 seabirds were collected and sent to the RSPCA for treatment. Six hundred were later released after being cleaned and nursed back to health.

After the oil had been removed their second stage was removing the containers from the ship. There were 159 containers that had dangerous goods inside. Cranes were brought over from Holland which removed the containers before being taken to Portland on a barge. In July 2009 a scan of the seabed had shown that no trace of the Napoli remained, it took a total of two and a half years for the incident to be fully resolved. The total cost of the incident was in excess of £120 million.

In 2017 Julian Wardlaw from the Environment Agency, who chaired the Environment Group reflected on the events on the 10 year anniversary, and said: “The grounding of the Napoli was such an unusual event we had to be very innovative…” 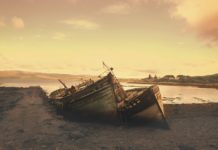 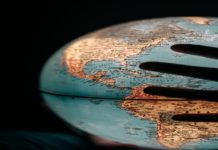