The pandemic is not coming to an end soon given that only a small proportion of the world population has been vaccinated against Covid-19, says an article published in CNBC.

Dr. Larry Brilliant, an epidemiologist who was part of the World Health Organization’s team that helped eradicate smallpox, said the delta variant of the coronavirus is “maybe the most contagious virus” ever. In recent months, the U.S., India, and China, as well as other countries in Europe, Africa, and Asia have been grappling with a highly transmissible delta variant of the virus.

WHO declared Covid-19 a global pandemic last March — after the disease, which first emerged in China in late 2019, spread throughout the world.

The good news is that vaccines particularly those using messenger RNA technology and the one by Johnson & Johnson are holding up against the delta variant, Brilliant told CNBC’s “Street Signs” on Friday.

“Unless we vaccinate everyone in 200 plus countries, there will still be new variants.” says
Larry Brilliant.
Still, only 15% of the world population has been vaccinated and more than 100 countries have inoculated less than 5% of their people, noted Brilliant.

“I think we’re closer to the beginning than we are to the end, and that’s not because the variant that we’re looking at right now is going to last that long,” said Brilliant, who is now the founder and CEO of a pandemic response consultancy, Pandefense Advisory.

“Unless we vaccinate everyone in 200 plus countries, there will still be new variants,” he said, predicting that the coronavirus will eventually become a “forever virus” like influenza.

Brilliant said his models on the Covid outbreak in San Francisco and New York predict an “inverted V-shape epidemic curve.” That implies that infections increase very quickly, but would also decline rapidly, he explained.

If the prediction turns out to be true, it means that the delta variant spreads so quickly that “it basically runs out of candidates” to infect, explained Brilliant.

There appears to be a similar pattern in the U.K. and India, where the spread of the delta variant has receded from recent highs.

But I do caution people that this is the delta variant and we have not run out of Greek letters so there may be more to come.

Daily reported cases in the U.K. on a seven-day moving average basis — fell from a peak of around 47,700 cases on July 21 to around 26,000 cases on Thursday, according to statistics compiled by the online database Our World in Data.

In India, the seven-day moving average of daily reported cases has stayed below 50,000 since late June — far below the peak of more than 390,000 a day in May, the data showed.

“That may mean that this is a six-month phenomenon in a country, rather than a two-year phenomenon. But I do caution people that this is the delta variant and we have not run out of Greek letters so there may be more to come,” he said.

The epidemiologist said there is a low probability that a “super variant” may emerge and vaccines don’t work against it. While it’s hard to predict these things, he added, it’s a non-zero probability, which means it cannot be ruled out.

Some countries with relatively high vaccination rates such as the U.S. and Israel are planning booster shots for their population. Others, such as Haiti, only recently secured their first batch of vaccine doses.

WHO has called on wealthy countries to hold off on Covid vaccine boosters to give low-income countries a chance to vaccinate their people.

But in addition to boosting vaccination in countries with a low inoculation rate, Brilliant said one group of people needs a booster shot “right away” those who are 65 years and above, and were fully vaccinated more than six months ago but have a weakened immune system.

“It is this category of people that we’ve seen create multiple mutations when the virus goes through their body,” said the epidemiologist.

“So those people, I would say, should be given a third dose, a booster right away as quickly as moving the vaccines to those countries that haven’t had a very high chance to buy them or have access to them. I consider those two things about equal,” he added. 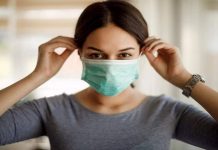 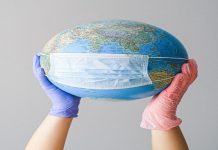 All About Coronavirus Right Now