In its weekly report for 1-7 June, ReCAAP ISC informed of two incidents of armed robbery against ships in Asia, both to ships while underway in the eastbound lane of the Traffic Separation Scheme (TSS) in the Singapore Strait, ReCAPP.

While underway shortly after midnight on 2 June, four perpetrators armed with knives were sighted in the vicinity of the steering gear room. The ship’s alarm was raised and crew mustered. A search onboard was conducted and no further sighting of the four perpetrators.

The master deviated the ship back to Singapore to ensure the safety of crew and ship were being addressed. Upon arrival at the port of Singapore, the Singapore Police Coast Guard boarded the ship and conducted a search onboard. At 1000 hrs, the ship was cleared with no sighting of the perpetrators onboard. The crew was safe and nothing was declared stolen.

The ship had departed from Singapore earlier and was bound for Fuzhou, China. A safety navigational broadcast was initiated. The Republic of Singapore Navy’s (RSN) Maritime Security Task Force (MSTF) and Singapore Police Coast Guard were notified. Information of the incident was shared with the Malaysian and Indonesian authorities.

The second incident involved the Singapore-flagged bulk carrier ‘Cape Lily’, while at Northwest of Tanjung Pergam, Bintan, in the eastbound lane of the Singapore Straits

While underway on 5 June, at 1.30 am, the duty oiler spotted three perpetrators in the engine room and they were heading out to the poop deck. The 2nd Officer activated the ship’s alarms, turned on all the deck lights and conducted a thorough search of the ship.

The three perpetrators were last spotted on the poop deck via CCTV, but they were nowhere to be found during the search by the ship’s crew. Engine spares were stolen. There was no damage to the ship and the crew was not injured.

The Port Operations Control Centre (POCC) issued a navigational safety advisory to warn ships in the vicinity to be more vigilant. 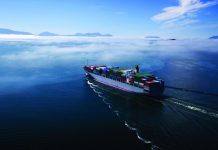 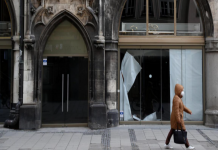 Which Region Records To Be The Global Piracy Hotspot In 2021? 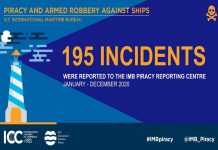