The gigantic metal structure, towering around a 21-storied building, is now in its death throes in Chattogram’s Sitakunda ship-breaking area, says an article published in  The Business Standard.

More than 500 people have been engaged in dismantling the ship for the last two weeks. It will take them around six months to completely knock down the ship.

According to HM Ship Breaking Industry, the ship was one of the 10 largest oil carriers in the world. The price of the salvaged metals will cover the amount spent on their purchase. After that, whatever is retrieved will be added to the profit margin.

Polash Majumder, manager of HM Ship Breaking Industry, said the ship would be dismantled at ten shipyards of the Mostafa Group.

“There is a helipad on the ship. There are more than 10 mega pipes on the deck that will be used for loading and unloading crude oil,” said Polash Majumder.

Bangladesh generally imports old vessels with lengths ranging from330 to 333metres, but the latest one is 340 meters long, with a height of 70 meters. The size of the oil tanker is 19,000 square meters.

The importer had to pay Tk208.68 crore to bring in the ship, plus Tk14.35 crore in import duty. This means the total import cost is Tk223 crore.

Old ship prices vary based on the amount of iron that can be salvaged from the vessels.

Two years ago, the Mostafa Group bought a ship of similar size at Tk180 crore as iron price in the international market was low at the time.

EM Vitality is a record high-price purchase in the last 10 years. So far this year, only 11 such old ships have been sold globally.

“The dismantling of the gigantic ship is a gigantic task,” said Mohammad Saiful Alam, director of the Mostafa Group.

About the salvaged iron

Iron will dominate the salvage list of the vessel, which Saiful estimated would be around 48,087 tonnes.

“Salvaged iron will go to our HM Steel and Golden Ispat factory for steel making. Other valuable metals such as copper and brass will be sold in the market,” he added.

With rod-making raw material scrap prices having doubled since September last year, mild steel (MS) rod prices climbed to a record high of Tk72,000 per tonne. Some medium and small rod makers have already suspended production due to the surge in the costs of the raw material.

The annual demand for raw materials of the local steel and rod making sector is around 30 lakh tonnes and the Chattogram shipbreakers are their main suppliers. More than 100 ship-breaking yards have sprung up on an 18km stretch from Sitakunda’s Faujdarhat to Kumira. Around 2 lakh people are directly and indirectly involved in this ship-breaking sector.

EM Vitality was built in Japan in 1996. Currently, a new crude oil carrier similar to it costs Tk800 crore, and the building of it takes 9-15 months.

Rent of the tanker

The daily rent of such an oil tanker is $36,000. Currently, there are 810 such tankers transporting oil around the world.

A few years after its construction, the Saudi shipping company Bahri ran the “very large crude carrier” category tanker. After loading 3 lakh tonnes of oil up to capacity, the draft of the ship would be 22.5 meters below water level. 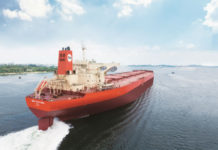 The Importance of the Interplay Between Shipbuilding Contracts & Charters 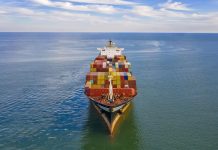