Indian officials are reporting that they are detaining three vessels that arrived at the scrapyards in Alang earlier this month under false pretenses, says an article published on maritime executive website.

Planning to confiscate the vessels

Government officials said on December 20 that they are planning to confiscate the vessels that are currently in the anchorage at Bhavnagar where vessels are checked in and cleared for beaching. It is unclear what India will do with the vessels now that it has decided to seize.

Three years ago, the European Union passed stricter requirements covering the demolition of vessels owned or registered within the EU. All ships over 500 gross tons must be processed through licensed recycling sites which currently are limited to mostly the yards at Aliaga, Turkey for larger ships and a few specialized recycling operations in Europe.

Recently, plans were announced to launch a recycling operation in Scotland, but the yards in India have not gained EU licenses.

EU shipowners deal with the limited number of licenses yards

EU shipowners either deal with the limited number of licenses yards or in many cases sell ships to intermediaries that often purport to be working on behalf of buyers that will operate the ships or say the ships will be resold.

They frequently make brief stops in the Middle East before arriving in India and beaching, despite the protests of NGOs and environmental groups calling on the EU for better enforcement of the regulations.

Recently, prosecutors in Iceland seized documents from a shipowner’s offices investigating the sale of two ships that ended up at the yards in India.

Officials from India’s Customs Department and the Directorate of Revenue Intelligence (DRI) reported on Monday that their review of documents showed that three ships arrived at the beginning of the month with falsified documents.

One of the vessels, arrived at the anchorage of December 5 under the name Coral, an 18-year-old crude oil tanker that had until recently been registered in Liberia. It arrived under the flag of convenience from Sao Tome Principe after a voyage from the Persian Gulf.

Inspecting the documents from the Coral, Indian officials said the ship arrived using an incorrect IMO identification number as did a second vessel the Sea Golden that also came to the anchorage on the same day. In at least one case, the vessel was using the identity of a sister ship that had been scrapped several years ago.

Three days later, the third vessel, the Harriet, arrived in the anchorage. A review of the documents revealed the ship is “under UN sanctions,” although officials declined to provide details. They said that all three ships arrived using forged documents and were being confiscated.

No ship-recycler will knowingly buy a vessel with forged documentation

The Ship Recycling Industries Association which oversees the operations at Alang told the Indian Express that it is difficult to check a vessel’s documents during the bidding process to acquire tonnage.

They compared it to buying a secondhand car where you have to trust the seller. “No ship-recycler will knowingly buy a vessel with forged documentation,” Haresh Parmar, joint secretary of SRIA and a ship-recycler at Alang told the newspaper.

He said these issues only surface when the documents are reviewed by the authorities when the vessel reaches the anchorage.

The association noted increased competition for ships due to the strong scrap prices earlier in the year. They said the market had been strong with a steady pace of ships arriving each month in 2021.

They reported that more than 200 ships had been acquired for demolition and this included a record number of passenger ships this year.

They are however concerned that iron ore prices are declining and mills are closing in India, which they speculate could lead to a slowdown and decline in the business in the future. 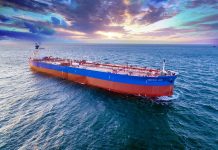 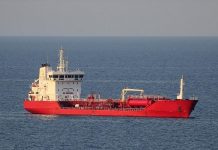 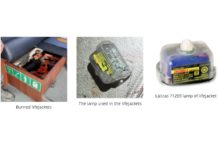