A recent news source published in the News 18 source reveals that abandoned ship has been found in Ireland, Tik Tok video shows its fascinating interior.

A new footage shared about the ship

An explorer and photographer has now shared the footage inside the rusting hull of the MV Alta merchant vessel and shared it on his Tik Tok handle.
The footage captured by the photographer shows the intensity of the waves lapping against the ruined hull.

A report of Daily Star

According to a report of Daily Star, the photographer climbs aboard the rusting boat to show the condition inside.

He shows that the pulleys and ropes used in the ship have now been left on the deck.

He then goes on to show the ladders and doorways of the ship which have been rusting badly.

From an extreme wide angle, the explorer shows the structure and position of the ship on the rocks.

Few holes and unstable condition of the ship is visible in his video.

The footage on the video-sharing app Tik Tok

The explorer had uploaded the footage on the video-sharing app Tik Tok on June 5, the clip has been watched close to 18,000 times.

So far, nobody has claimed ownership of the MV Alta. According to reports, it sailed around the ocean completely unmanned for over 18 months before it ran aground.

The Irish government will have to spend up to €10 million (£8.6 million) to remove the 77-meter ship.

However it is unlikely to do so as the ship has been damaged and the damaged scrap metal would not compensate the cost of removal.

It seems that the boat will be left on the rocks to disintegrate further. 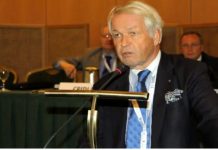 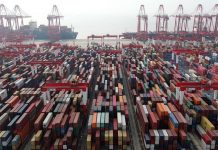 An Element of Risk for Shippers Signing New Long-term Contracts

Can The International Shipping Play Fair in Paris Climate Goals?