It’s long been known that certain drugs work better when taken at specific times of day. But now scientists are learning that our circadian rhythms affect everything from vaccines to meals – and even the results of exercise.

Right Dose At The Right Time

Your doctor tells you how many times a day you should take a pill, and whether to take it with or without food – but they very rarely tell you the exact time at which it has to be taken. Chronopharmacology (also known as chronotherapy or circadian medicine) – the idea that a pill popped at exactly the right time has maximum benefit – could be a major influence on the future of medicine. Increasing studies are showing that what time of day we treat disease can be crucial, and that it’s possible to pinpoint the time of day when a certain disease is at its worst.

Professor David Ray of the University of Oxford uses his own inhaler “at the time when I think it’s going to be most effective” . As co-director of the Sir Jules Thorn Sleep and Circadian Neuroscience Institute, the asthmatic professor has conducted his own research into body clocks and respiratory disease. He also studies how matching medications with our circadian rhythms can improve the effectiveness of drugs.

Our circadian rhythms are 24-hour cycles of biological activity that are regulated by our internal clocks along with external cues, such as light. You sleep at night not just because your mum told you to, but because when your retina detects light it inhibits the production of the hormone melatonin, stimulating wakefulness. Our body temperature varies by as much as half a degree throughout the day: usually, we’re coldest at 4am and hottest just in time for the News at Six. Our hormones, immune cells, and organ functions also fluctuate; mouse livers, for example, grow almost 50% in size during the day before shrinking at night.

In 2017, the Nobel prize in Physiology or Medicine was awarded to three American geneticists who had discovered the molecular mechanisms controlling our biological clocks. In layperson’s terms: the scientists had isolated a gene that controls the biological rhythms of fruit flies and found that this gene encodes a protein that accumulates within cells at night and degrades during the day. “I think the nominators could see all this exciting science and see that it hadn’t really translated into the clinic,” says Ray. “We are in a quite exciting time now where there’s a lot of early-phase work showing what massive potential there is here.”

If scientists discovered that flu vaccinations are more effective in the morning over a decade ago, then why isn’t everyone being jabbed at 9am? Well, first, that would mean the NHS could only issue half as many jabs in a week. Second, it can be hard enough getting people to attend their immunization appointments at all; limiting them to a narrow window could mean that pregnant women with morning sickness miss their appointment, for example, which is far worse than simply being jabbed in the afternoon.

For pharmaceutical companies, there are marketing and safety issues when it comes to producing drugs that should be taken at an exact time of day. What are the risks if someone takes it early or late? Already, approximately 30-50% patients with long-term conditions don’t adhere to their medication. But even without new medicine, chronopharmacology can be revolutionary: Ray says the field could “rescue” drugs that have previously failed clinical trials.

It’s not uncommon for a drug to be groundbreaking in mice and ineffective in human trials. But in 2020, researchers from Harvard Medical School published a study which found that preventive stroke strategies that had worked in rodents but failed in humans may have done so because rats are nocturnal. Many trials test rats in the daytime, when they’re inactive, and test humans during the day, when they’re active and awake.

Drugs are not the only route to a healthy life. Chrono-nutrition and chrono-exercise are exactly what they sound like. In October 2021, a study from Harvard Medical School found that eating earlier affects the speed at which you burn calories and store fat – in short, the exact same meal could be far healthier eaten at 5pm than 9pm. In May, academics from Skidmore College in New York found that women who exercised in the morning burned more abdominal fat and reduced their blood pressure more than women who exercised in the evening – but, the later exercisers had “enhanced muscular performance”. Before you start swallowing 10am pills and going on 3pm jogs, it’s important to remember that our internal circadian biology does vary. 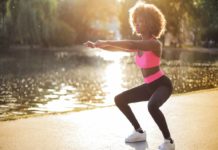 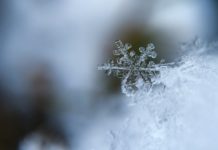 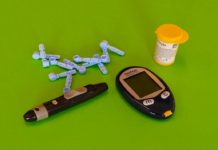 On This ‘World Diabetes Day’ Know About Type 2 Diabetes