TMC Smart Air compressors are expected to cut down both carbon emissions and operating expenses, says an article published on ship technology website.

The value of the contracts has not been revealed.

Each of the vessels will receive TMC’s marine compressed air system, which includes compressors for service/control air and for the SCR/EGR (exhaust gas recirculation) solution.

How it different from conventional compressor?

Claimed to be the most energy-efficient marine compressor, the SCR/EGR system compressors will be frequency-controlled Smart Air compressors, which allow precise control of the compressor speed.

To generate the exact air volume essential for actual compressed air consumption at all times, the electrical motor’s speed will modify itself.

This is said to cut down both carbon emissions and operating costs.

In comparison with conventional compressors, TMC Smart Air compressors have the ability to provide energy savings of up to 40%.

TMC sales and business development director Hans Petter Tanum said: “Conventional compressor technology, which is very much the industry norm, runs on the same speed irrespective of whether the required air volume is big or small.

“The result is a lot of wasted energy and costs. Our Smart Air compressors eradicates this energy waste and reduces opex to a minimum. Jiangsu New Yangzi Shipbuilding wants to build a green vessel and this is excellent news for suppliers, such as TMC, that can offer the appropriate technologies.”

These newbuilds are also being constructed for Seaspan Corporation, and the contract covers Smart Air compressors. 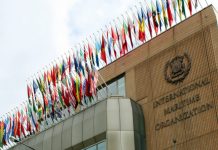 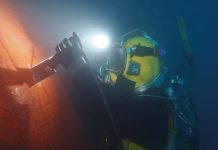