According to a Sky News report, Tom Cruise has reportedly forked out £500,000 to rent out two cruise ships in Norway, in an effort to stop any more delays to the filming of his latest movie.

The next Mission Impossible installment is being filmed across Europe but production was halted when large parts of the continent closed down due to the coronavirus pandemic.

Tom Cruise’s long-running franchise last filmed in February in Venice, and has since been placed on ice while production companies grapple with social distancing restrictions.

Any more filming delays could push back the release of the yet-to-be-named action film in 2021, so Tom Cruise has reportedly paid around half-a-million-pounds for the hire of cruise ships to act as a hotel in Norway to house the production crew and keep them safe, according to local reports.

The production company has rented the MS Fridtjof Nansen, a battery-hybrid ship, and the MS Vesteralen until the end of September while the production films in the More og Romsdal district of the country, the cruise line Hurtigruten confirmed to Sky News.

“Tom is determined not to see any more hold-ups,” a source told The Sun.

Despite Cruise’s good intentions, the move has reportedly come under fire by trade unions, which say the staff, who are mostly international, could be breaking immigration laws, due to the ships being moored in Norway.

The first Mission: Impossible film was released in 1996, with the seventh part of the cinematic series due out in cinemas in November 2021. 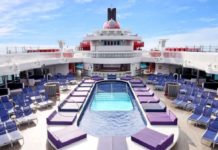 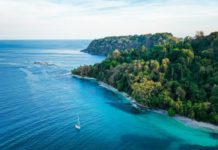