The North Sea has long proved dangerous for seamen.

Between 1740 and 2000, the North East coast from Berwick to Whitby was the setting for more than 350 shipwrecks.

Here are 10 vessels that ran into trouble: 1. April 19, 1976: The 4,400-tonne collier Duncansby Head beached in dense fog on the soft sand alongside the Groyne lighthouse at South Shields.  She was backed off the beach by her master and Tyne pilot in bright sunshine eight hours after running aground. 2. December 16, 1979: The battered 400-ton coaster Ganton lay stranded, having run aground on rocks near St Mary’s Island, Whitley Bay.  More than 2,000 people gathered to watch efforts to free the coaster by two tugs, with an RAF rescue helicopter also in attendance. 3. October 3, 1979: The 70-foot fishing trawler Conduan grounded on Cullercoats beach in dense fog and the eight-man North East crew were winched to safety by coastguards. Two other local fishing boats hit rocks in the dense fog. 4. December 1, 1955: The Dutch ship Ancora ran aground half a mile north of Boulmer, Northumberland.  The vessel was carrying a cargo of sand from London to Grangemouth in Scotland. 5. January 20, 1963: South Shields’ Volunteer Life Brigade battled to save the captain and the 22-man crew of the Lebanese steamer Adelfotis II by using breeches buoy.  The ship had been blown aground next to the Groyne lighthouse in South Shields by gale force winds. 6. March 12, 1959: The 982-ton collier Holderness grounded at the treacherous Sow and Pig Rocks, at Blyth, and was broken in two by the pounding sea.  The sea turned black as tonnes of coal spewed into it from the gaping hold. 7. March 11, 1974: The £2m bulk carrier Oregis ran aground on the treacherous Black Middens at the mouth of the River Tyne.  Crowds watched as attempts were made to refloat the ship. 8. July 17, 1972: The seine-net fishing boat Bella on the rocks 50 yards from the shore at Tynemouth.  The boat ran aground the previous night in thick fog and was badly holed. The five crew escaped by lifeboat.

The Aliki, aground on the Black Middens

9. September 1, 1974: Heavy seas and gale force winds forced the 8,400 ton Greek cargo ship, the Aliki, aground on the Black Middens at Tynemouth.  It was a carbon copy of the incident which saw the Oregis meet a similar fate in March of the same year. Also visit: [Watch] How Choppy Seas Proved a Problem for this Ship

Disclaimer: The above images is for representation of the incident and need not be considered as an actual case images. 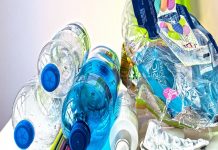 Ending Plastic Waste With A Cool Toothpaste & A Bag 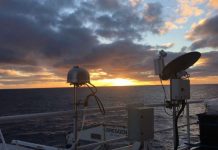 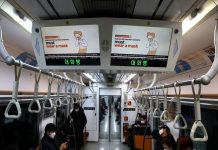 How Smartphone Apps Help People in A Coronavirus Lockdown!