The cleanup of the world’s oceans is being hindered by visa requirements, tariffs on equipment, and restricted access to local ports and waste management facilities, according to the Asia-Pacific Economic Cooperation.

While the decades-long clean up of beaches remains the most advanced of all efforts, plastic collection from rivers which feed garbage into coastal waters and the open ocean lag behind, the 21-nation group focused on open trade and investment said in its latest bulletin.

This has led to the convergence of floating debris in three major “gyres” in the Pacific, where winds and currents pulverize microplastics into a peppery soup which eventually sink to the sea floor. It’s a problem that will grow 2.6 fold by 2040, according to a study cited by APEC.

While the economic impact of plastic on marine and coastal ecosystems, as also on industries that rely on those ecosystems, is challenging to calculate, a 2020 study by APEC estimated that the direct impact of marine litter on various industries had increased considerably in recent years. Previously, it had estimated the cost on tourism, transport and aquaculture at $10.9 billion. 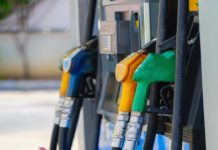