Crude tanker rates have plunged since the start of 2016.  VLCC (very large crude carrier) rates on the route from the Arabian Gulf to China were sitting high at $108,000 per day at the beginning of the year.

This trend could not continue.  After a few months, rates fell by 82% to $19,000 per day toward the end of August, according to the Weber Weekly Report.  Suezmax rates have fallen 97%, and Aframax rates have fallen 56%.  Even after this dreadful fall, Tsakos Energy Navigation’s (TNP) management remains positive about the crude tanker industry’s outlook.

The following are points Tsakos mentioned in its second-quarter conference call.  These comments will help to gauge the outlook of the crude tanker industry and companies such as Teekay Tankers (TNK), Euronav (EURN), DHT Holdings (DHT), and Nordic American Tankers (NAT).

In a nutshell, considering all these points, Tsakos believes that 2016 will be another positive year for crude tankers. 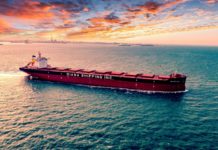