A recent Planet Radio news source says that two rescued as container ship was ‘bearing down’.

In a statement, Hampshire Police said: “We were called at around 6.30 pm yesterday to reports of two intoxicated men who were believed to be acting aggressively in an inflatable kayak in the Solent, two miles south of Stokes Bay.

“We sent our marine unit to the scene and convinced the two men to get on board.

“Safeguarding advice was given and we dropped them back on land, at Stokes Bay, at around 7 pm. “

These two men had managed to end up in the middle of a shipping lane, with a container ship from Southampton about ten minutes away from them.

Thankfully, they were safely brought to shore but it could quite easily have had a different outcome.

What does the incident highlight?

This incident highlights the very real dangers of drinking alcohol and going out on the water, particularly in inflatable craft which are much more susceptible to the wind.

The Hampshire Police reminded the two individuals involved of how strong the tides in the Solent are and how quickly they can change, even if the water appears to be calm.

The public need to be properly equipped at sea

These men also had no safety equipment onboard their kayak. The members of the public are always urged to always make sure they are properly equipped when at sea, and for further safety advice to visit the RNLI website.

The hot weather has led to a steep increase in antisocial behaviour calls to police.

To mark Antisocial Behaviour Awareness Week, the marine unit will be out on patrol as part of Operation Wavebreaker, a multi-agency response to antisocial behaviour in the water. 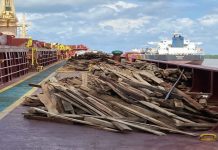 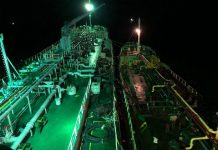 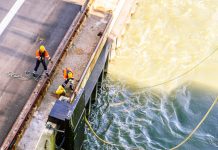