A recent news article published in the Lloyds List reveals about Ukraine risk for shipping hinges on sanctions escalation.

Financial markets wobbled on Tuesday in the wake of the Russian actions and the response from Western governments, but even as oil prices edged towards $100 a barrel the impact on shipping markets remained muted.

Whether that continues to be the case depends on whether sanctions are escalated beyond the initial first tranche imposed by the US, Europe and the UK.

The Western sanctions are not — yet — the “massive” response that the West has promised if Russia invades Ukraine.

Restrictions on the sale of Russian debt, the freezing of assets of Russian oligarchs, banks and parliamentarians will not affect shipping operations beyond the watching brief already in place across maritime boardrooms.

More striking were Germany’s suspension of Nord Stream 2, the undersea pipeline set to carry more gas from Russia to Germany, and the US targeting of five vessels ultimately controlled by Russia’s now sanctioned Promsvyazbank and previously used in sanctioned Iranian trades. However, even these moves are of limited consequence compared to the worst-case scenarios that shipping companies had been bracing for.

Barely a flicker in the tanker paper market on Tuesday confirmed the market consensus view that, regardless of escalating tension, sanctions to limit current Russian energy exports are still considered unlikely. The risk had been priced into market assumptions weeks ago and the past 48 hours have not changed underlying base-case scenarios.

Bunkers prices, already at their highest levels since the start of 2020 thanks to a rally in oil prices, climbed again. A tonne of very low sulphur fuel oil that was $735 in Singapore one week ago now costs $758.50.

Dry bulk rates edged up slightly as traders considered the 10-15% of global coal and grain exports sourced from the Black Sea, but as the prospect of sustained tension rather than full-scale invasion emerged through the newswires the market held its nerve.

For tankers, the scenarios of Russian energy exports being cut off have been digested and understood, but for the moment the consensus among tanker chief executives contacted by Lloyd’s List after the initial tranche of sanctions had been confirmed, is that no immediate change in the market is imminent.

“I struggle to see a scenario where you have the kind of sanctions that will make a difference,” said tanker operator Frontline chief executive Lars Barstad. “Regretfully, I believe, Russia has the upper hand when it comes to energy, particularly now. Maybe later in the spring when Europe warms up from the northern hemisphere going into summer you might have some leverage, but right now, I don’t see it.”

Should the worst happen and the market races to replace Russian energy supplies there is an obvious upside for the tanker sector, which is still struggling with oversupplied markets and a sustained downturn in the wake of the global pandemic.

Tight supply in the oil market

Given the tight supply in the oil market a scramble for tonnage to replace 2m barrels a day of Russian exports, likely from the Middle East, rates would get a welcome boost. Competing scenarios as to how significant a lift this would be are hotly debated, but an upside to suezmaxes on the East-West via Suez trade to re-supply Europe with missing barrels is an obvious initial outcome should the situation escalate.

Speculation of upside to come, however, is all the market has to go on as operators continue to monitor the situation closely but see no change in rates as a result of the risk posed.

Tanker owners looking to fix a vessel lifting out of the Baltic have been unable to lift rates and demurrage and, while brokers have suggested that some pressure may now be building on charterers to look again at this in light of events, the owners have little to no leverage in the current market.

“Imagine you’re an owner with an ice-class aframax and you’re going up into the Baltic now. You’re going to lift Russian crude in four days and your demurrage hasn’t moved an inch in over two weeks — it’s insane,” said Mr Barstad.

For now, all eyes are on the port of Mariupol, the Ukrainian port on the border of the so-called Donetsk People’s Republic, which is now subject to a US executive order, effectively restricting trade.

A circular issued by the West of England P&I Club on Wednesday warned that Order could be read as prohibiting calls at the port, although it noted that certain exemptions applied.

US President Biden issued the order on February 21, prohibiting US persons “from engaging in a variety of activities connected with the disputed regions. An interpretation of the order from the Club’s US attorneys Freehill Hogan and Mahar argued that sections of the order may be construed as applying more widely to non-US persons and to prohibit the provision of, broadly speaking, material support to designated entities”.

Mariupol is based in Donetsk in southeast Ukraine and is mainly a coal and steel export port. While the port remains in Ukranian controlled territory for now, it sits within a disputed border which Russia has argued should revert to pre-2014 boundaries which would include the port.

Freehill Hogan and Mahar also said that the sanctions may not be limited to Mariupol but other ports in the disputed regions.

Ukrainian ports have already been designated war risk areas by the Joint War Committee of the Lloyd’s and London companies markets since last week, largely as a precautionary measure, given the absence of fighting at that point.

While traffic in Ukrainian waters appears to be unaffected, brokers reported that some owners had been reluctant to send vessels to Black Sea ports since tensions began to escalate late last week.

Two shipowners contacted by Lloyd’s List confirmed they were holding back on fixing vessels to protect crew, cargo and commercial interests while they wait to see how the situation plays out.

Operations at Mariupol, considered to be a potential strategic target in the event of escalating military conflict, appear to have slowed compared to recent port calling trends, but have by no means stopped.

Similarly, traffic in and out of Odessa port has continued normal operations, albeit with a minor build-up of vessels waiting at anchorage. As of Wednesday 22, vessels were waiting to enter the port at anchorage — a figure that has remained consistent for the past week.

Traffic through the Kerch Strait, the gateway to key Russian ports also remains unchanged over the past week. 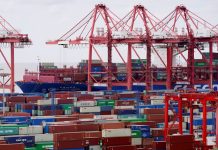 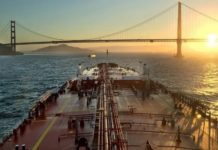 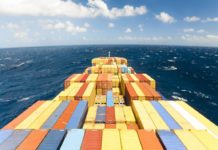