The winners were announced by transport secretary Grant Shapps in Greenwich this week as part of London International Shipping Week. Forming part of the prime minister’s ten point plan for green industrial revolution, the R&D competition was launched in line with the government’s ambition to have zero emission ships operating commercially by 2025.

Among the winners is Oceanways, a UK startup aiming to introduce the world’s first zero-emission autonomous submarine fleet powered entirely by green hydrogen. It will contribute toward cleaning ocean pollution by collecting micro-plastics on its pilot route between Glasgow and Belfast.

Other winning projects include the ‘HIMET’ (Hydrogen in an Integrated Maritime Energy Transition) project, led by EMEC Hydrogen in Orkney which will explore solutions for decarbonising ferries and shore-side activities in ports.

These solutions will include hydrogen storage intended for use on-board a vessel, and the supply of on-board auxiliary power using a hydrogen fuel cell. A conventional ferry propulsion engine will also be tested running on pure hydrogen.

Additionally, Ceres’ tech will be utilised in another project with General Electric (GE), Mediterranean Shipping Company (MSC) and Lloyd’s Register, aiming to address barriers to adoption of fuel cells in large ship applications.

It will examine how a SOFC can be integrated into a ship’s operational functionality and existing power and propulsion architecture and layout.

MJR Power and Automation has been selected for the development of its offshore wind on-turbine electrical charging system, which will be able to power boats using renewable energy generated from the turbine — offering potential savings of up to 131,000 tonnes of CO2 equivalent (CO2e) emissions per year.

The second involves collaboration with waste management company Cory, which transports waste by river, and will explore zero-emission autonomous propulsion to bring cleaner energy to the waste management industry.

“As a proud island nation built on our maritime prowess, it is only right that we lead by example when it comes to decarbonising the sector and building back greener,” said transport secretary Shapps.

“The projects announced today showcase the best of British innovation, revolutionising existing technology and infrastructure to slash emissions, create jobs and get us another step closer to our decarbonisation targets.” 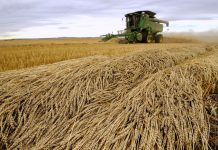