Container shipping analysts around the world have this week been providing updates on the global port congestion picture with shippers told to brace for further hindrances going into Q2, says an article published on splash247 website.

Congestion ease this week in most parts of Asia

Asia-based Linerlytica pointed out today that while congestion has eased this week in most parts of Asia, it continues to escalate in North America, with both west and east coast ports reaching new record highs during the past seven days.

“While the media focus is on the reduction in the vessel queue in Los Angeles/Long Beach, the reality is the overall containership queue at US ports remain at a record high. The reduction in LA/LB was the result of vessel diversions to the US East Coast as well as other West Coast ports since October 2021, that has spread the congestion contagion to the other North American ports,” Linerlytica pointed out in a weekly report.

In total, Linerlytica tallies 10% of the global boxship fleet – or 2.53m teu – is tied up in port congestion at present.

What is more alarming?

Danish supply chain research company Sea-Intelligence has predicted that an increase in March and April in the number of vessels scheduled to deliver cargo from Asia to North America will add to port congestion for two reasons.

In March and April, the number of vessels scheduled to depart Asia – and subsequently arrive on the North American West Coast – will increase sharply and surpass a 40% increase compared to the pre-pandemic normality, according to Alan Murphy, CEO of Sea-Intelligence.

Further, as more ships are deployed, the number of smaller ships increases. In simplified terms, Murphy pointed out, it is less efficient to handle two 5,000 teu vessels than it is to handle one 10,000 teu vessel, once the time to get to and from berth is factored in.

“What is more alarming,” Murphy pointed out, “is that there is a 60% increase in the number of vessels on the Asia-North America East Coast trade lane in the coming months, as carriers try to circumnavigate port congestion on the West Coast. This will severely increase pressure on the port infrastructure on the East Coast.”

Meanwhile, analysts at Alphaliner say they have seen no improvement in terms of vessel delays in the Asia – North Europe and China – California trades since its latest trade surveys published last November.

Despite an overall decline in the number of ships waiting for a berth at Los Angeles/Long Beach from a peak of 109 units on January 9 to only 76 ships at the start of this week, the fronthaul transit time for ships sailing from Asia to these twin ports has increased according to Alphaliner to an average of 38 days, up from the 28 days recorded in mid-November.

Vessel delays for ships on a full Asia – North Europe round voyage are also unchanged from early November, the date of Alphaliner’s last survey of this trade. The 14,000 to 24,000 teu ships on this route still require on average 17 days more than their pro forma schedules to reach Central China for their next westbound trip.

Putting some perspective on the severity of the global port congestion, logistics giant Kuehne+Nagel’s digital platform seaexplorer has developed what it terms as a Global Disruption Indicator, which tallies the cumulative teu waiting time in days based on container vessel capacity in disrupted hot spots.

As of Monday the total teu waiting time at the hot spot port areas covered by seaexplorer stood at 12.32m days, up from 11.56m in the space of just three weeks. Under normal, pre-pandemic circumstances, the waiting time would be less than 1m teu days.

Finally, data from US platform project44 also forecasts congestion to worsen in the coming weeks. 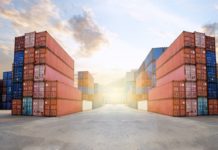 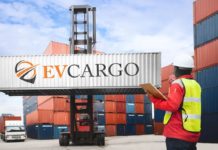