A recent news article published in the Defense One deals with the US Trails China in Key Tech Areas, New Report Warns.

Imagine a future in which the most skilled U.S. tech workers can’t find jobs, authoritarian regimes exert more power than democratic governments, freedom of expression is replaced by open censorship, and no one believes the U.S. military can deter conflict. All this could happen if China surpasses the United States in key technology areas, according to a new report from the Special Competitive Studies Project, led by former Deputy Defense Secretary Bob Work and Google co-founder Eric Schmidt.

The 189-page report, released on Monday, looks at current and future technology competition between the United States and China—from microelectronics supply to tech talent retention to the effects of emerging technologies like artificial intelligence on tomorrow’s national security.

“In our judgment, China leads the United States in 5G, commercial drones, offensive hypersonic weapons, and lithium-battery production,” the report said, while the U.S. is ahead in biotech, quantum computing, cloud computing, commercial space technologies, and has a small lead in artificial intelligence.

Work said Monday’s report is an effort to help retain U.S. leads and reduce Chinese advantages gained during the decades-long war in Afghanistan.

“We didn’t really respond as we normally have done in the past,” Work told reporters during a Defense Writers Group event. “This is a real technical competition. It is absolutely critical to the future of our country as well as democracies worldwide, and we must win it. And this starts to give recommendations on how we organize ourselves for the competition and how do we win it.”

The report is a continuation of the National Security Commission on Artificial Intelligence, which published several reports and hundreds of recommendations, including how the Defense Department should buy software and organize itself to take advantage of advances in AI.

“The solution to the problems that China has is more investment in areas that are competitive with us,” Schmidt told reporters.

He said that despite its internal problems, the country will spend more to develop AI, quantum, software, semiconductors, biosecurity, biosafety, and synthetic biology.

The report lays out dozens of recommendations for policy-makers and leaders in the military and private sector about how the United States retains (or finds) the edge in various areas.

Some of the top recommendations include

Recommendations specific to the U.S. military

The report also features a number of recommendations specific to the U.S. military, such as

The report notes that drones have been crucial to Ukraine’s effort to fight off Russian invaders, a harbinger of wars to follow.

“Drones will be as important in the first battle of the next war as artillery is today,” Work said. “So we are seeing, already, how drones are going to be more central to operations for the United States and our allies and see that happening in real time and Ukraine.”

Such weapons will be “ubiquitous throughout the battlefield,” the former deputy defense secretary said, which will make outlining specific use cases, tactics and procedures that avoid unintended engagements against civilians, among other scenarios, so important. 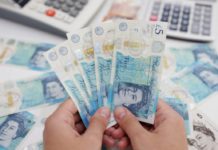