The valemax fleet is taking an ever greater chunk of iron ore exports out of Brazil at the expense of capesizes, reports Splash247 quoting data from BRS.

Brazil iron exports carried on these giant ships have shot up from 84m tonnes in 2018 to 136.7m tonnes last year, according to BRS. Up to last weekend, valemax intakes reached 107.4m tonnes, a rise of 10.3% year-on-year, while representing 45% of total Brazil iron ore shipments this year, twice the share recorded in 2018. Capesize volumes out of Latin America’s largest country, meanwhile, have seen a 14% contraction so far this year.

Although Brazil total exports to China have dropped by 8.7m tonnes so far this year, valemax shipments are up by 10.5m tonnes, highlighting what BRS described in its latest dry bulk weekly report as the “sharp decline” for capes out of Brazil in 2022.

Valemaxes – bulk carriers in excess of 300,000 dwt – now number 132 units, of which two-thirds are under five years old. 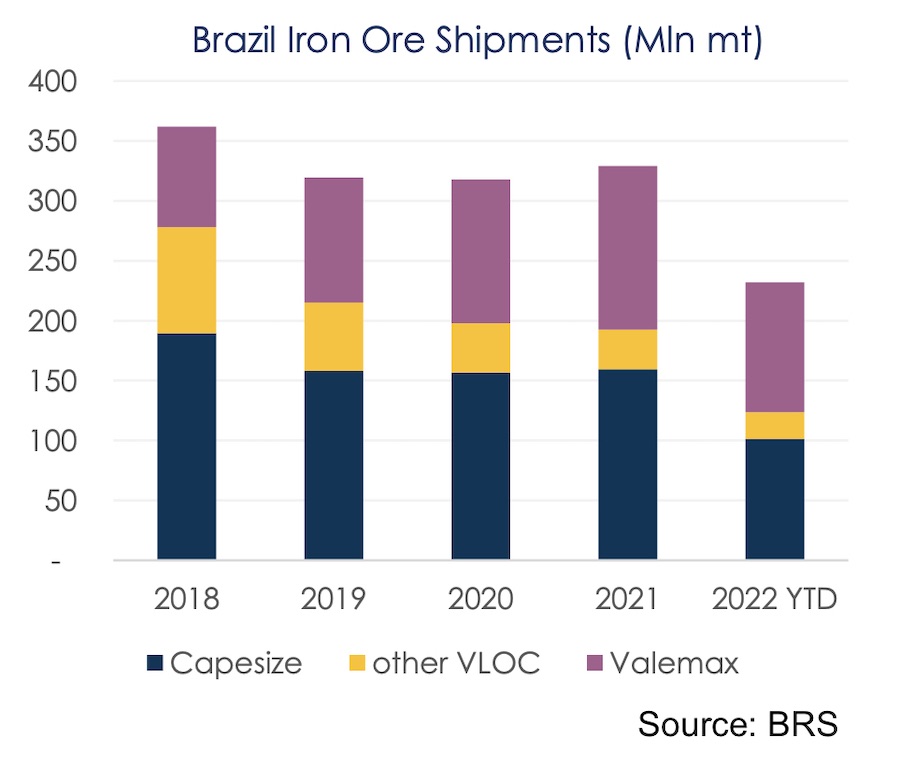