Oil from the ocean near Vancouver’s English Bay

The Canadian Coast Guard is working to remove around 60 to 100 litres of oil from the ocean near Vancouver’s English Bay, after a cargo ship leak was spotted Saturday (Jan. 21).

The coast guard said it was notified of the spill after a Harbour Air pilot noticed something suspicious in the water while flying over head. Upon inspection, a marine response team found the fuel had come from a cargo ship called the MV Europe.

The estimation of the team

The team estimated Sunday that about 60 to 100 litres of oil had spilled into the ocean. Using vessels, drones and a helicopter, members of the coast guard worked to map the extent of the slick and remove as much of it as possible. Some oil in the waters off Point Grey and the North Arm cannot be recovered.

The Musqueam, Tsleil-Waututh, Squamish, and Lyackson Nations were also working Sunday to identify areas of cultural sensitivity to ensure those areas would be protected. 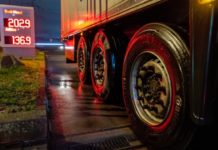