Various measures could reduce black carbon emissions from ships in the Arctic before any potential new policy instruments are agreed and developed at the IMO, says an press release published on their website.

This was one of the messages delivered by IBIA to the eight session of the IMO’s Sub-Committee on Pollution Prevention and Response (PPR 8), which took place virtually from 22 to 26 February.

IBIA and IPIECA submitted a document to the session, commenting PPR/8/5/1 submitted by Germany and Finland which carried the final part of a Black Carbon measurement campaign first presented to PPR 7 just over a year ago.  The IBIA/IPIECA joint submission, PPR 8/5/3, offered some additional information we believe is relevant to put the results presented in document PPR 8/5/1 in perspective.

“The Black Carbon measurement campaign presented in document PPR 8/5/1, while interesting in demonstrating a link between fuel aromatic content and tendency to form BC emissions, gives us only part of the picture for two key reasons:

Limited to One Type of Engine

This means that the results presented in document PPR 8/5/1 may not be representative of neither the engine type used by a large part of the global merchant fleet, nor of the predominant types of fuels used, at least with regards to VLSFO.

Another aspect worth noting is that the measured Black Carbon levels reported in document PPR 8/5/1, compared to the emission factor used in the Fourth IMO GHG Study, were about 80% lower for HFO.  This is a very significant difference which highlights the need to review the emission factors for BC.

Notwithstanding the fact that VLSFOs are typically more paraffinic than aromatic in nature, and the fact that engine type, condition and operational profile are key factors influencing BC emissions, the co-sponsors support ISO’s ongoing work to evaluate possible indicators as to whether a fuel tends to have a paraffinic or aromatic character.

Promoted on a Voluntary Basis

While we note that a ban to use and carry HFO in the Arctic will effectively eliminate the vast majority of VLSFOs, a number of measures could be promoted on a voluntary basis in the near term to reduce BC emissions in the Arctic. Avoiding ships with older mechanical injection engines would be most effective, followed by employing ships that use LNG or similarly clean-burning fuels in the Artic. A voluntary switch to distillate fuels, in particular on ships using medium or high speed 4-stroke engines, could also have a positive impact.”

Commenting on the discussions, IBIA told PPR 8 on the final day:

“In light of proposals submitted and the discussion on Tuesday, we have some observations.

One way forward is to set a limit on black carbon for ships operating in the Artic. This would eliminate the uncertainty about the actual efficiency of the measure associated with all other approaches. The challenge is to establish what the limit should be and how to measure and enforce it.

We have a proposal for including a Hydrogen/Carbon ratio in ISO 8217. As we have heard, the relevance of this is questionable for effectively targeting black carbon emissions and we need more research, and there are cost implications that would deter uptake of the next revision of the standard.

Then we have the proposals in PPR 8/5/4 to establish an Arctic Emission Control Area and amend MARPOL Annex VI to exclude use of HFO in the Artic. While this would reduce overall black carbon emissions to a certain extent, we know that fuel type is only one of the factors that impacts black carbon emissions.

All these possible policy routes will take time to be developed. Meanwhile, a ban on HFO use and carriage in the Arctic is coming in 2024.

We recognise that black carbon deposited on snow and ice in the Arctic is a particular concern in light of the impact on climate change. As we have highlighted in our submission with IPIECA, PPR 8/5/3, there are variety of measures that can reduce BC emissions. These are available now and could be promoted on a voluntary basis prior to the Arctic HFO ban taking effect, and before any potential new policy instruments are agreed and developed.”

Due to diverse views, there was not enough time at PPR 8 to agree on a specific set of voluntary or mandatory control measures at this session. A phased approach was agreed to develop, as a starting point, guidelines in the short-term with the potential for mandatory measures being introduced in the longer-term if necessary and as experience is gained. 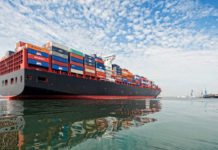 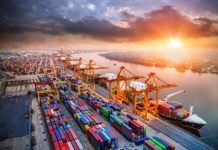